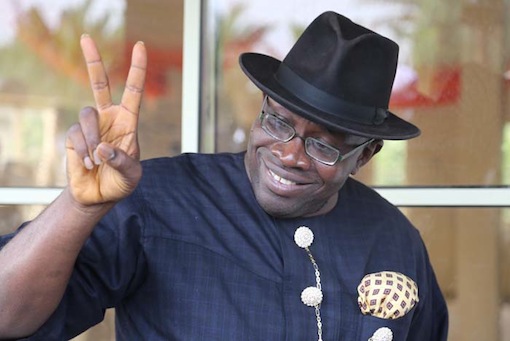 Governor Seriake Dickson of Bayelsa and Chairman of the People’s Democratic Party (PDP) Reconciliation Committee, has advised the new PDP National Working Committee (NWC) to ensure that ordinary Nigerians own the party.

Dickson gave the advice at a two-day retreat for the PDP NWC and State Chairmen, with the theme “Repositioning PDP for Dominance and Electoral Victory”, on Tuesday in Abuja.

He said that the power of the people was the best armoury the PDP can use to relaunch itself in 2019.

“There is no armoury anywhere that is stronger than the power of the people.

“This new PDP should be thrown to the Nigerian people, including those in the grassroots so that popular candidates can emanate from the ordinary people.

“Let the people own the party. These are the ways to reposition PDP for dominance and electoral victory.

“This is the abiding principle that fired the founding fathers to form the PDP in 1998 and the onus is on us more than ever before to consolidate this philosophy in concrete terms.”

The governor also advised the PDP leaders to equip themselves with necessary skills and knowledge on conflict management.

He said now that the PDP was in opposition, its success to a large extent depends on the leaders understanding of the dynamics of managing conflicts within the party.

“Political party administrators must understand that having conflict interests even within a party is a normal phenomenon.

“In any political system and even within a political party, you will have conflicting tendencies and all of them, important and legitimate.

“Just as society is made up of different contending interests, also within a political party itself, it is normal to have tendencies.

“It is essential that party administrators understand the importance of these dynamics.

“It is now the duty of the NWS to build the party bureaucracy with the understanding of these essential dynamics.

“Your duty is to see, working with other colleagues, to resolve these crises through the laid down processes of the party.

“The only thing we insist on is reconciliation which is why we are now reaching out to everybody since the convention,” he said.

Aspirants in the just concluded convention, Prof. Taoheed Adedoja, to persuade him to drop his legal suit against the party.