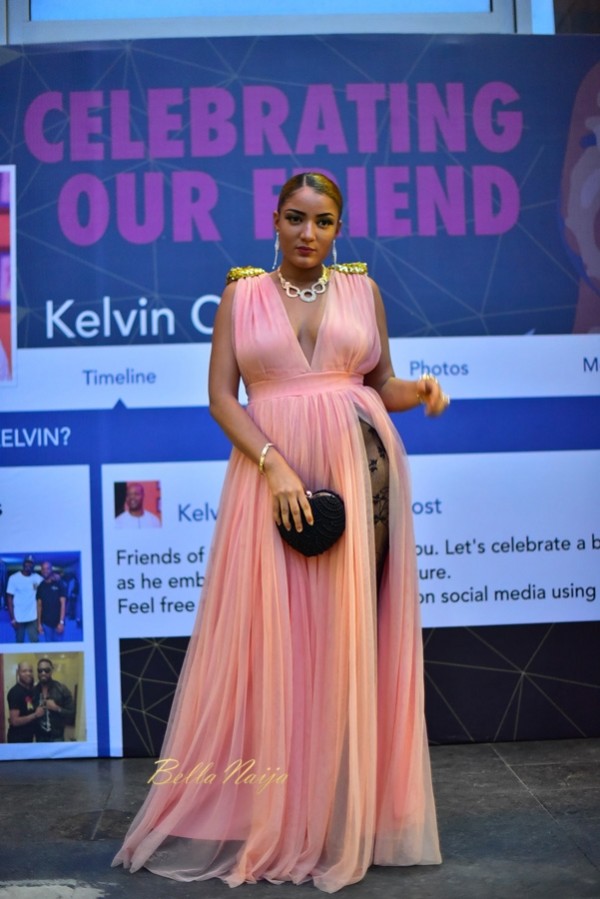 Big Brother Naija 2017 housemate Gifty Brian Onyechukwu Ajumobi widely known as Gifty talked to New Telegraph’s Lanre Odukoya about her humble beginning, loosing her stepfather, BBN and how she got into the entertainment industry.

After these past months, if your mind races back to that time, what kind of feeling do you get?
What crosses my mind anytime I think about that experience is how fun it was, although at a point it was quite challenging. When I actually sat down and reminded myself of who I actually am, I adjusted myself to reality and decided to win every task. It was quite fun. That’s how I would describe Big Brother Naija.

There were a few beautiful ladies in that house and there were also quite a number of good looking guys. Of all the good looking guys, is there a particular one that you like differently and for a particular reason?
As a matter of fact, I cherished everyone then and I still cherish them. I had and still have no special person that I actually set my mind on. Everyone was so special to me.

Could you recall the names of some of the movies that you’ve done that are popular?
I have done a couple of movies. I would say Nkoli Nwa Nsukka season 2. It’s an Igbo film but I acted as a foreigner who came back from the States with her husband who is a rich guy. Then I did Egg of Vulture where I played the lead role. In Nkoli Nwa Nsukka, I played the sub-lead. And in Chocolate Pinging Salon produced by Uche Nancy, I played the sub-lead with Queen Nwokoye. I also played the lead role in Lisa’s Cross. There are quite a lot of them.

How did you get into the movie industry?
It was just by luck. I didn’t go for any audition. I actually told this story to the housemates when I was in the house. I drove out with a car that belonged to a friend of mine. So there was this guy, I didn’t know he was a producer. I was actually on my lane and then, his car dented the vehicle I was driving. I got down and was trying to tell him that he was wrong. I was trying to stand on my right and he said, ‘I like the way you talk. Are you an actress?’ Then, I retorted, Oga, I’m not an actress. This car is not mine. It’s my friend’s car. You need to re-paint and all that. He said we’ll see what to do about that and gave me his card and said he is a producer. He said he had produced a lot of movies and “I want you to play the lead role of my movie that I’ll be shooting in a few days.” So, I got interested. I called him and he directed me and I got involved in the movie. I’ve forgotten the name of the movie. That was in 2011 or 2012.

What memories do you hold of growing up and having men run after you? What’s the most dramatic experience you’ve had?
After my step father passed away, things were a little bit tough. I’m a strong woman. I remember I asked my aunty for money for school fees and she denied me the money. This was someone who was a multimillionaire. I found it very difficult to forgive her. I haven’t said this in any interview and I think I feel relieved saying this. So, I told my mum that we were not going to ask anybody for any favour. We were going to do this on our own. When I was schooling at the University of Ghana, Legon, I was working as a receptionist and I was getting a lot of stupid offers to the extent that the CEO of the company wanted to sleep with me but I didn’t allow it. I actually had to drop the job because I couldn’t give what he asked for. My mum had to go to friends to give them what they sold then she could put her profit on them and that was how things were.

There was a story that you were once married and you quit your marriage. What really happened?
I’ve actually discussed this in so many interviews and I’ll still maintain my ground that I wish not to talk about it because it’s actually a dark part of my life that I wish not to ever visit again. All what I can say is that I was 19 to 20. I was quite naive. I didn’t know what to do. I wanted to do what other girls were doing; get married, flaunt rings and all that. What matters is that I’m a survivor. I’m strong and I’m standing and I have a name.

What are your plans, after Big Brother?
As it stands right now, I’m still in the entertainment industry. I’m still modeling. I’m still acting. And I’m open to bigger endorsements and bigger jobs. Right now, I have intention of doing something for widows because my mum has been my inspiration. She is my strength. It has not been easy trying to cater for four children. I’m the second child, but first girl child. She has been my strength, so I said one day I would try and start a foundation that has to do with widows. I’d use the platform to tell them that even if their husbands were dead, they could still survive.

Are you currently in a relationship or are you open to a relationship with men who may have sincere intentions?
The thing is that I’m not into any relationship. What I would say is that, right now, I’m focused on business. Whether men come or not, it’s fine by me. What I’m focused on right now is how to build a strong foundation, how to build a strong name for myself and my future kids, my family. Marriage would come but I’m not in a hurry.

Read the rest of the interview HERE.