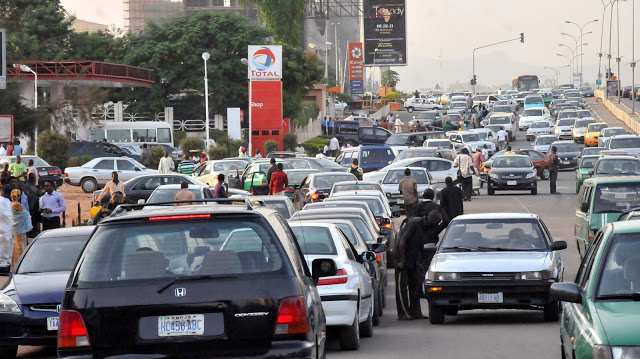 The Petroleum and Natural Gas Senior Staff Association of Nigeria (PENGASSAN), yesterday announced the suspension of its indefinite strike which has seen a rise in fuel scarcity.

The association embarked upon the nationwide strike to protest what it described as unfair labour practices by the management of NECONDE Energy Ltd (of Nestoil Group of companies).

According to PEGASSAN, NECONDE allegedly boasted that no government official can call it to order, adding that workers are treated as slaves and dismissed for joining unions.

But, PENGASSAN’s National Public Relations Officer (PRO) Fortune Obi announced the suspension of the strike less than 24 hours after it was declared.

He said that the management of NECONDE, represented by the Managing Director and Legal consultants offered a letter of recall to the sacked employees and also agreed to allow unionism in the company.

Obi said the Minister of Labour and the union have also agreed to resolve anti-union posture by other indigenous companies and marginal field operators.

An appraisal meeting was fixed for the second week of January, next year.

AFTER a two-week relief, the crippling fuel scarcity resurfaced in Lagos and in many city centres yesterday. It worsened the situation in some parts of the country where the scarcity had lingered for two weeks.

The latest crisis was triggered by the nationwide strike embarked upon by members of the Petroleum and Natural Gas Senior Staff Association of Nigeria (PENGASSAN).

All efforts by relevant government agencies to stop the strike, scheduled to commence after 11:59 pm Sunday night, failed to yield the desired result.

The oil workers’ peace meeting with the Minister of State for Petroleum Resources, Ibe Kachikwu, ended in a deadlock at the weekend. They reconvened yesterday in Abuja.

One of the agencies involved in the negotiations – the Department State Security (DSS) – invited the oil workers’ representatives for ‘consultation’.

The Nigerian National Petroleum Corporation (NNPC) cautioned Nigerians against panic buying and warned marketers against hoarding of the products. It mandated the Department of Petroleum Resouses (DPR) to raise monitoring officials to enforce compliance with distribution rules.

Ibe Kachikwu, the Minister of State for Petroleum Resources, who assured that queues at filling stations would “disappear in a couple of days”, attributed the scarcity to a shortfall in the supply of oil products.

Kachikwu’s efforts to broker a peace deal, however, fell through, resulting to the industrial action in the wee hours of yesterday.

The Labour Minister, Dr. Chris Ngige, pleaded with the union to shelve the strike, reminding PENGASSAN of the need to save Nigerians from further hardship during the Christmas and New Year.

Hawkers back on Lagos streets

Lagos residents yesterday woke to long queues at the few stations that had petrol to dispense. They sold above the official pump price of N145 per litre.

Petrol hawkers were sighted on the highways selling 10 litres of petrol at N300 as against the official pump price of N145 per litre.

Some motorists, who spoke to the News Agency of Nigeria (NAN), narrated how they spent hours on queues. They alleged that some filling stations were exploiting the situation to increase price of the product.

NAN said that some filling stations on Berger-Iyana-Oworo Expressway, Ikorodu, Bariga and Lagos-Badagry Expressway, among others, sold petrol at between N160 and N170 per litre.

At NIPCO Filling Station in Ikorodu, a banker, Mr. Anthony Sunday, said there was no justification for the current fuel scarcity as the government had assured citizens of abundant fuel supply during the yuletide.

He said that marketers were taking advantage of PENGASSAN’s planned strike and the festive period to exploit citizens.

A trader, Mrs. Alice Jubril, condemned the management the Conoil filling station at Alapere for selling above the pump price of N145 per litre.

She accused the marketers of deliberately creating artificial scarcity to extort members of the public.

Mrs. Jubril said: “I bought a litre of petrol at N160 against the regulated price of N145 per litre. This is an indication of exploitation.“

She said that the development had compelled commercial drivers to increase their fares, adding that the drivers often cited difficulties in getting fuel as the main reason.

Mrs. Ifeoma said: “For instance, the fare for a trip from Ikorodu to Ojuelegba which used to be N250 is now N700, while a journey to Ketu which formerly was N100 is now N300.

“Apart from the hike in transport fares, the fuel situation also affected the traffic situation as parts of the roads have now been taken over by vehicles queuing for fuel.”

The Nigerian National Petroleum Corporation (NNPC) assured motorists and other petroleum products consumers not to engage in panic buying.

In a statement yesterday by its spokesman Ndu Ughamadu, the NNPC said: “The NNPC wishes to state that relevant government agencies are in consultation with industry unions to arrive at an amicable resolution of issues over which there are threats of industrial action.

“NNPC warns marketers not to hoard products as law enforcement agencies, working with industry regulators, have been detailed to take appropriate measures against any defaulter. The Corporation further assures that there are enough petroleum products to keep the nation wet. DPR warms against panic buying, stockpiling of fuel.”

The DPR, which cautioned against panic buying, dispatched its men to monitor distribution of products and sales at the retail outlets.

In Anambra, it warned members of the public against storing petroleum product in their homes to avoid fire outbreak.

The Controller of DPR in charge of Anambra, Ebonyi and Enugu states, Okechukwu Okoro, told NAN in Awka, the Anambra State capital, that the department will ensure the enforcement of appropriate pricing and that no marketer hoarded the product.

Okoro, who urged motorists and other customers to desist from panic buying, instead they should not buy more than the quantity that need.

He said: “There is enough fuel in the country; there is no need for panic buying or storing of fuel in private houses; the consequences of such practice can be deadly. The DPR is going out every day to ensure that there is full compliance to price and supply.”

Warning marketers not to hold Nigerians hostage by increasing pump price illegally, he noted that the Federal Government has not announced any change in pump price.

He said there would be continuous clamp down on erring marketers, adding that customers in the zone would be protected from the antics of such marketers.

Okoro said: “We are not aware of some of the excuses they give for increasing pump prices, because when we ask them to provide evidence, they are not able to do so.

“We will not relent in enforcing compliance, the challenge is that soon after we leave their filling stations, they return to their nefarious activities, the assurance we are giving is that customers in the zone shall be protected.”

The Department of Petroleum Resources (DPR) wielded the bid stick against erring stations in Akwa Ibom, Borno and Ogun States.

It sealed 16 filling stations in Akwa Ibom State for selling petrol above N145 per litre pump price and 12 in Borno for offences ranging from hoarding, diversion and over-pricing of product. Two stations were sanctioned in Abeokuta for hoarding and under-dispensing of product.

According to the DPR Operations Controller in Akwa Ibom, Tamunoiminabo Sundaye, some of the affected stations had paid the penalty and had signed undertaking with the department “to be of good behaviour’’.

He said the department had begun close monitoring of stations to ensure that they reversed their pumps to dispense petrol at N145 per litre.

He also said the agency had engaged private depot owners to ensure that they sold the product at ex-depot price to marketers.

The controller deplored the conduct of independent marketers, who he accused of taking advantage of recent “upset in the oil market’’ to exploit the public by selling petrol above regulated rate.

Alleging that the marketers were creating artificial scarcity in the state, Sundaye said: “I will not really say that there is much scarcity in Akwa Ibom because there is no queue.

“What happened is that our brothers and sisters took opportunity of what happened in Lagos and Abuja, which of course is normal now.

“Our people and their normal way of doing things, started selling above government approved pump price and we have sealed a number of filling stations over it.’’

DPR officials and NSCDC operatives force attendants at MAAN IPC to dispense the product after it was discovered that 4,000 litres of petrol was being hoarded in the tank.

Kasali told reporters that the DPR embarked on the inspection following a tip-off that some filling stations were hoarding the product.

He expressed concern that filling stations were deliberately creating artificial fuel scarcity, urging members of the public to report illegal dealings of filling station operators to the DPR.

Kasali said: “We got a tip-off that some filling stations are hoarding fuel and this is against the government policy. Once the product is there you ought to be selling.

“Some of them just want to create artificial scarcity and that is not good. This government has zero tolerance for such acts of indiscipline.

“Those filling stations that have been sealed ran foul of the law because some of them are under-dispensing which means they are cheating the public.

“For every 10 litres that people buy, they are being short changed by one litre. Some of them have fuel and they are not selling.

“This is denying the public what the country is known to have worldwide. “For those stations that are sealed, they will not be opened until they are fined and penalised, Once they fix their pump, we will unseal them.

“Come to our office at No. 11 Oba Karunwi Street, Ibara Housing Estate, Abeokuta and report. What we are doing is in the interest of the public.”

Buhari’s salary and mine, too poor – VP Yemi Osinbajo