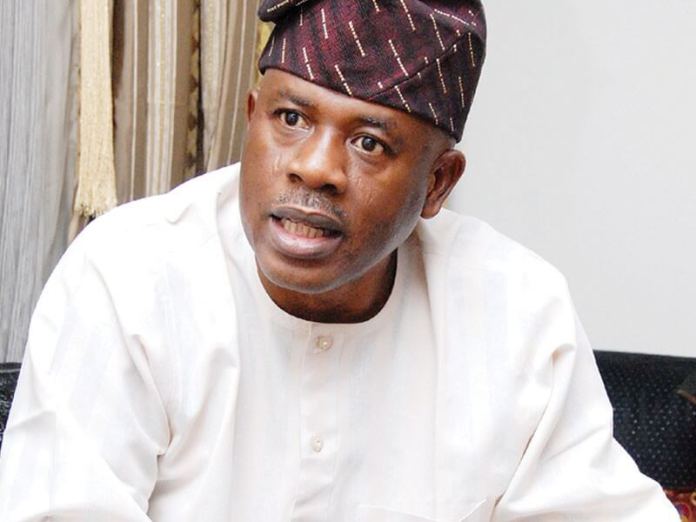 Two weeks after he formally defected to the All Progressives Congress (APC), former Minister of State for Defence, Senator Musiliu Obanikoro, has indicated his interest to seek the 2019 senatorial nomination in Lagos West senatorial district, THISDAY has learnt.

By implication, it was gathered, Obanikoro would challenge Osun State Governor, Mr. Rauf Aregbesola and former Commissioner for Tourism & Intergovernmental Relations in Lagos State, Senator Tokunbo Afikuyomi in bid to clinch the nomination for the senatorial district.

While Aregbesola had in May said he could contest election in any state of the South-west geo-political zone, Afikuyomi has engaged political leaders subtly in the senatorial district with a plan to return to the Senate.

At his defection penultimate Saturday, Obanikoro had specifically said he was on a mission to the APC because the Peoples Democratic Party (PDP) could no longer offer him a platform to accomplish his mission.

But at the weekend, different APC chieftains revealed thier plans to seek nomination in Lagos West, a senatorial district where Senator Solomon Olamilekan Adeola, a two-term member of Lagos State House of Assembly and a one-term member of House of Representatives is currently representing.

A chieftain disclosed that Obanikoro had made up his mind not to dabble into the governorship race due to what he ascribed to his resolve to team up with Tinubu and Ambode to strengthen the APC, not only in Lagos State and South-west, but also in the federation.

He revealed that Obanikoro would come out from Oriade Local Council Development Area (LCDA), though he had represented Lagos Central in the Senate (2003-2007) and had been the Chairman of Lagos Island Local Government (1998 – 2002).

The APC chieftain justified Obanikoro’s decision to seek the nomination from Oriade LCDA, noting that the former minister “has strong filial relationship with the area. So, he is qualified to contest senatorial election in Lagos West senatorial district.”

Aside, the party chieftain revealed that Obanikoro “has started consulting political leaders across the senatorial district and engaging party leaders of Oriade LCDA ahead of the primaries.

However, another chieftain said Obanikoro’s decision to contest the senatorial election has thrown the APC chieftains in Lagos West senatorial district into confusion, especially those from six LCDAs/LGAs in Alimosho, citing their refusal to accept the party’s proposal to accommodate all interests in the constitution of the LCDA/LGA Executive Councils.

He said Obanikoro “is a son of the soil. We know his antecedents in Lagos State. He, also, has roots in Oriade LCDA. Aside, he has added much value to the people of Lagos State. So, he is qualified to seek senatorial nomination in Lagos West.”

Obanikoro’s defection at his Lagos Island constituency ended months of speculations about the status of his political allegiance.

Obanikoro defected to the APC along with other bigwigs of PDP in Lagos State including a former aide of former president Good luck Jonathan, Mrs. Modupe Shasore penultimate Saturday.

After receiving the party flag from the chairman of Lagos APC, Chief Oladele Ajomale, Obanikoro noted that he was happy to return to the fold of his age-long political associates after his long sojourn in the PDP.

He said he defected because he could not find fulfillment in the PDP and that he joined the APC because he had a mission to render service on its platform.

The ex-minister said his former party “cannot offer him the platform for the kind of service he want to render. Today, I and others are not just joining the APC for joining sake, rather, we are joining because we are on a mission.

“I had joined the PDP a few years ago with the hope that certain things would be done right to enable me make the desired impact. That did not happen. And now, Tinubu has taken leadership to another level, not only in the state, but at the national level.

“So, my joining the APC is not by accident. It is to return to my people and seek a platform on which I can render service to my people, because leadership is about service and co-ordination of talents to achieve results. We have looked everywhere, and the only party that offers that platform for service delivery is the APC.”

Related Topics:alertmusiliu obanikoro
Up Next