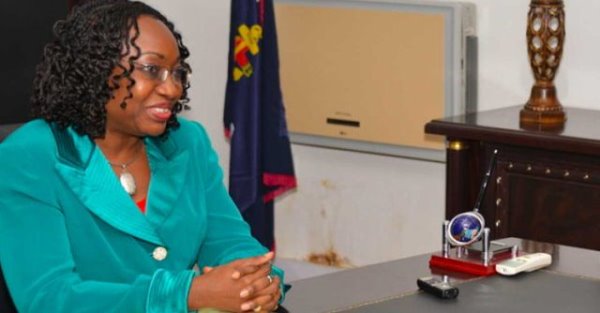 The Federal Government on Monday said that it would soon commence the payment of outstanding allowances for workers in its Ministries, Departments and Agencies (MDAs) in the country.

Mrs Winifred Oyo-Ita, Head of Civil Service of the Federation (HOCSF), said this at a news conference to mark the 2017 Civil Service Week in Abuja.

The 2017 theme of the week is “Entrenching a Citizen-Centred Service Delivery Culture; Partnering with the youth for Africa’s Transformation”.

According to her, the issue of the payment of claims and arrears to Civil servants is also in the front burner.

“The Office of the Accountant General of the Federation has been directed to issue circulars to MDAs to submit their claims for direct payment.

“The Acting President, Prof. Yemi Osinbajo, has equally directed the Budget Office of the Federation and the Federal Ministry of Finance to put in place modalities for the settlement of other outstanding allowances.

“The measures, proposed by the Minister of Finance, have been approved by Federal Executive Council (FEC) and very soon we hope this will be an issue of the past,” she said.

She also said that the key to successful development by any government was in qualitative Service delivery and that the present administration had identified this.

She said the Civil Service had a major role to play in its success.

Oyo-Ita said the strategic reforms that had been put in place would ensure that Civil Servants were well trained, properly placed, adequately provided with required tools to work in conducive environments.

She added that this was in the quest for accelerated improvement in service delivery for sustainable economic development and growth.

The HOS however, said the Acting President on May 18, issued three executive orders on the Promotion of Transparency and Efficiency in the Business Environment.

“To achieve broad-based awareness and buy-in on the implementation of the executive orders, the acting president held an interactive session with a cross section of civil servants on Grade Level 8-14.

“This is the first time of such an interaction by the highest level of government with middle level public servants.

“This is a clear testament of the high regards that the administration holds the service and a testimony of the strategic role of the Civil Service in the implementation of government policies,” she said.

Oyo-Ita said that the present administration had confidence in the Civil Service, contrary to insinuations and criticisms against it.

“The Acting President unequivocally stated that Nigeria has the best and most educated Civil Service in Africa.”

“You will all agree that Nigerians have excelled in every field of human endeavor. We should be proud. The civil service is no exception.

“There are people who have given their entire lives for the Service of this nation and today we celebrate them,” she said.