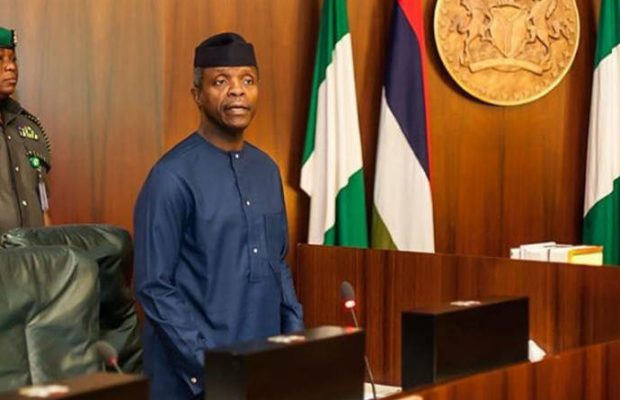 Nigeria’s creative industry has been granted ‘Pioneer Status’ by the Federal Government in a move aimed at turning the industry to a creative economy while generating jobs.

Lai Mohammed, the Minister of Information and Culture, made this known in a statement issued in the nation’s capital yesterday.

According to the minister, the decision is in fulfillment of the promise earlier made by Acting President Yemi Osinbajo.

He also explained that, pioneer status meant the companies that made investments in creative industries and products would enjoy a tax holiday from corporate income tax payments and withholding tax on dividend from pioneer profits for an initial period of three years, after which such companies could extend the tax holiday by an additional year or two.

“The acting president, represented by the Minister of Finance, Kemi Adeosun, made the promise to grant companies in the creative industry pioneer status on July 17, 2017.

He made the promise specifically at the opening of the two-day Creative Industry Financing Conference in Lagos. The companies it concerns are those involved in music production, publishing and distribution (including online digital distribution) and photography.

It also covers companies involved in production and post-production of digital content for motion pictures, videos, television programmes and commercials. Companies involved in distribution and exhibition (digital movies, animation, videos, television programmes and commercials) are not left out,’’ Mohammed said.

He added that companies that were into publishing of copyrighted books, development and ready-made software (operating systems, software applications and computer games) were also covered.

The minister noted that this is a milestone for the creative industry, adding that it would definitely catalyse investments in the industry.

He was optimistic that the new status would be the answer to the industry stakeholders’ quest to spur the establishment of world class studios in Nigeria for production and post-production of movies and music videos.

“I recall that the need to grant pioneer status to the creative industry as well as tackle the piracy of creative works were among the key issues raised by participants at the Creative Industry Financing Conference. It is a measure of the increasing importance attached to the industry by the Federal Government that these issues are now being handled with utmost urgency. First, the status was granted within three weeks of the conclusion of the conference,’’ the minister said.

Mohammed further disclosed that an anti-piracy committee made up of representatives of the Federal Ministry of Information and Culture, industry stakeholders and the Nigerian Police Force had been set up.

He explained that the committee would work out modalities for tackling piracy in a lasting and sustainable manner.

Mohammed promised that the government would do more for the industry to allow the creative talents of Nigerian youths blossom, create jobs and position the country as a global hub for creativity.

How Sex Worker stabbed Man to death inside Hotel in Asaba

Here’s what Archbishop of Canterbury told President Buhari In London