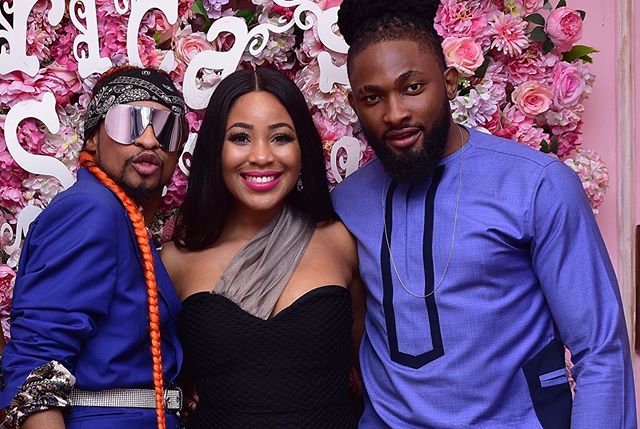 Freshly out Big Brother Naija housemate Erica Nlewedim, got a surprise get together party by her friends, and she seems to have had an amazing time.

The actress and commercial model from London, England who just became famous, has been about one event or the other, since leaving the BBN house.

Taking to Instagram she said “I was surprised by my friends and we had such a great time! I love you guys!”

Here are photos from the outing which had guests like media personalities Denrele Edun, Uti Nwachukwu and a host of others.

The actor started dating fellow housemate and billionaire son Kiddwaya while in the game, which earned the couple so much love, popularity and fanbase.

In a recent interview with celebrity journalist, Chude Jideonwo on YouTube, monitored by TopNaija, the beautiful 26 years old model and actress from Abia state, made it known that right now, she is richer than the winner of the recently concluded Big Brother Naija season five, reality show.

During the interview on Sunday, Erica was asked if she felt cheated after her disqualification since she also had chances of winning the 85 million naira. In her response, Erica stated she doesn’t feel cheated, adding that she has made more than the 85 million Naira grand prize.

“I have already made more money than the price given to the winner of the show. It wasn’t just about the money, for me it was all about winning the show….I don’t feel cheated because I know that my actions got me disqualified so I don’t think anyone cheated me,” she said.

Related Topics:Erica Nlewedim
Up Next

My marriage is over! – Fani Kayode’s ex-wife, Precious Chikwendu declares