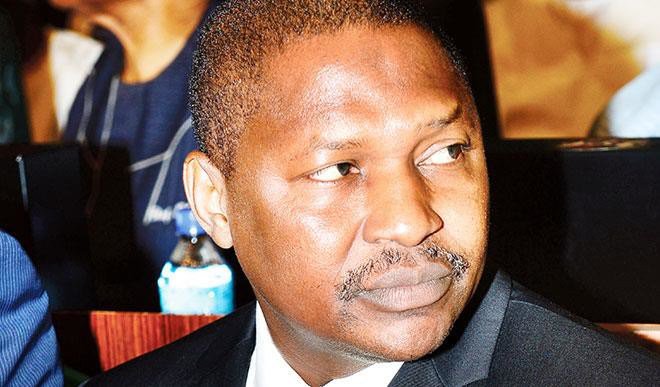 Sixteen Local Government Chairmen in Ekiti State have sued the Attorney General of the Federation, Abubakar Malami, and Governors of the 36 states over the approval of the sum of $1billion from the Excess Crude Account of the Federation for the fight against insurgency.

In the suit marked FHC/ABJ/CS/1264/17, the council chairmen asked the Abuja division of the Federal High Court to declare the approval of the sum of $1 billion by the 36 state governors as unlawful and therefore, null and void.

The suit which was filed on Tuesday at the registry of the court by counsel to the plaintiffs, Ola Olanikpekun (SAN) also listed the Revenue Mobilisation Allocation and Fiscal Commission as a defendant.

The Chairmen are demanding an “order of injunction restraining the Federal government and the 36 states governors, their agents, servants, privies, representatives in interest, howsoever called and by whatsoever name designated, from giving effect to the appropriation and/ or approval of appropriation of the sum of $1 billion or any other sum whatsoever, from the Excess Crude Account of the Federation.”

The Council Chairmen also asked the court for “a declaration that they are entitled to full share of all revenue accrued and accruable to the Federation Account and the Federation Excess Crude Account or any other Account whatsoever operated by and for the Federation of Nigeria, including the sum of $1,000,000,000 (which was purportedly approved for the expenditure of the Federal Government by the 1st-37th defendants at the 83rd, National Economic Council meeting of December 15, 2017, in accordance with section 162 of the 1999 constitution and the provisions of Allocation of Revenue (Federation Account) Act.”

The suit which is yet to be assigned to any judge for adjudication is supported by a 14-paragraph affidavit deposed to by Everest Igweokolo, a litigation executive in the law firm of Ola Olanikpekun.

Top 10 Things To Note From Nigerian Newspapers This Wednesday Morning