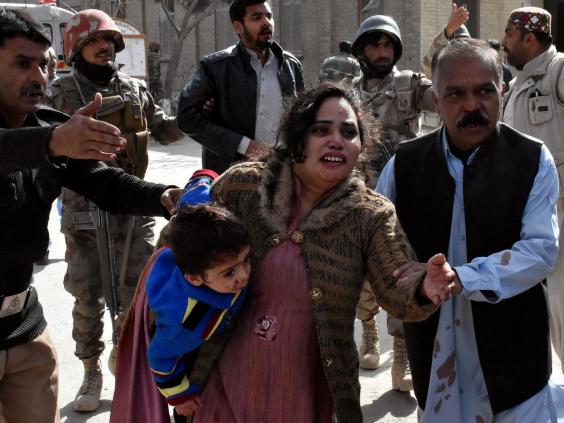 A least eight people have been killed during a suicide bomb attack on Bethel Memorial Methodist Church in Pakistan.

According to the BBC, “dozens of people” sustained injuries in the attack which took place during Sunday service.

Two suicide bombers stormed the church located in the city of Quetta but were not able to gain entrance.

Sarfraz Bugti, the Balochistan region’s home minister, said the suicide bombers were stopped at the entrance by security operatives.

One of them was said to have detonated his bomb vest in the process while the other was stopped after a gun duel with police.

Two more attackers were said to have fled the scene.

“God forbid, if the terrorists had succeeded in their plans, more than 400 precious lives would have been at stake,” Bugti said.

An eyewitness was quoted as saying children attending Sunday school at the church took shelter while the shooting ensued.

Mohammed Faisal, a spokesman for the foreign affairs ministry, has condemned the attack.

He said: “Attack of terrorists on Zarghoon road church in Quetta is condemned. Pakistan’s resolve against terrorism cannot be deterred by these cowardly acts.”

The Islamic State has reportedly claimed responsibility for the attack.