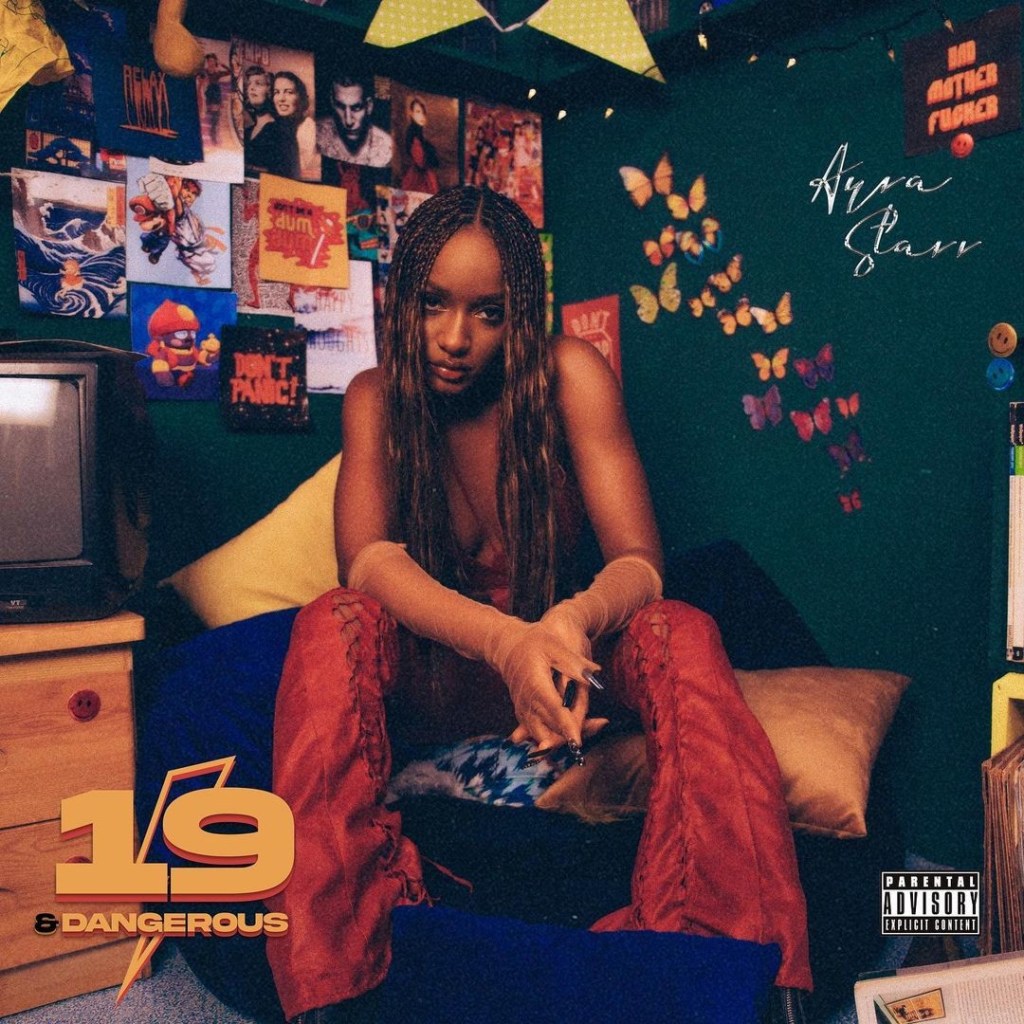 Hailed by NME as “the teen leading her generation’s sonic revolution”, and tipped by The Face and CLASH as one to watch – Ayra Starr has earned critical praise for her soulful vocals and raw lyrics that reflect the strength and growing pains of her generation.

“Every song on the album is iconic because I only want to do iconic things and be nothing less than myself in my career. People have tried to put me in a box because of my age and gender but I insist on breaking the norms and stereotypes.”

“This album is a safe space, a recharge zone for anyone who feels defeated and feels like giving up. I want that teenage boy or girl who feels like everything is going wrong in their lives to seek refuge in this album.”

2021 is already shaping up to be a massive year for the 19-year old Beninese-Nigerian singer-
songwriter. Since debuting in January, Ayra Starr has amassed over 23 million global streams, powered by her debut self-titled EP and the single ‘Away’, which has racked up over 3.8 million YouTube views. The incredible buzz coming out of Lagos saw Ayra championed as Apple Music’s Africa Rising artist – an exclusive new talent development programme that previously earmarked artists like Tems and Amaarae.

Brimming with a spirit that is audacious and defiant yet vulnerable, “19 & Dangerous” is an apt title for this new chapter in Ayra’s blossoming career. Comprised of 11 unapologetic tracks all written or co-written by Ayra herself, the album is a coming-of-age record seamlessly weaving Afro-pop, R&B, dancehall, trap and alté styles. Perfectly tailor-made to soundtrack your summer.

Inspired by the juggernaut Netflix series, ‘Bridgertn’ is a bouncy R&B number dressed with whimsical orchestral strings that underpin Ayra’s strong feminist lyrics: “I’m the queen, bow down… Broke all the stereotypes, I make my rules, I break all your rules.”

A coming-of-age album fit for a socially-conscious Gen Z, “19 & Dangerous” also unflinchingly tackles themes of feminism, drug abuse and sexual consent – particularly highlighted on the meditative, soulful ballads ‘Toxic’ and ‘In Between’. Here Ayra flexes her vocal dexterity and songwriting prowess, singing on ‘Toxic’: “Why did you give me the drugs that it took? Why did you force me to take it?… I’m sorry that I loved somebody that will hurt me.” The deeply personal track is one of the earliest songs Ayra wrote and posted on her social media before she was discovered.

Elsewhere, fans of Ayra’s first EP will not be left disappointed with the surplus of West African-flavoured rhythmic jams such as ‘Fashion Killa’, ‘Beggie Beggie’ (feat. CKay) and ‘Lonely.’

Ayra Starr is the newest signing to Mavin Records, Africa’s leading record label – founded by Don Jazzy, who launched the careers of Tiwa Savage, Rema and D’Banj. The 19-year-old singer-songwriter and dancer was born in Benin and grew up between there and Lagos, raised on a diverse musical diet of artists ranging from Angelique Kidjo, 2Face, Rihanna, Beyoncé and Shakira.

Since debuting in January, Ayra Starr has amassed over 23 million global streams. Her self-titled debut EP was led by the single ‘Away’ which to date has clocked over 3.8 million views on YouTube. The video was noted for evoking the imagery of Joan of Arc and the Dahomey Amazons and sharp choreography recalling R&B icons Aaliyahand Ciara. The single was featured on BBC Radio 1Xtra’s Africa 360 playlist and championed by Manny Norte who was first to spin it on UK radio via Capital Xtra. Jessie Reyez, Ray BLK and Love Island’s Yewande Biala are also fans.

On the day of the EP’s release, Ayra simultaneously hit No.1 on Apple Music Nigeria’s Song, Album and Video charts. The incredible buzz coming out of Lagos saw her chosen by Apple Music as their Africa Rising artist – an exclusive new talent development programme that previously earmarked Temsand Amaarae.

Her music has since been covered and praised by the likes of The Face, COLORS, Music Week, The Native Mag, NOTION, HYPEBAE, CLASH, The Daily Star, The Line Of Best Fit, PAUSE Online, 1883 Magazine, Schon Magazine, OkayAfrica, ThatGrapeJuice, No Signal Radio and many others

Related Topics:Ayra Starr
Up Next