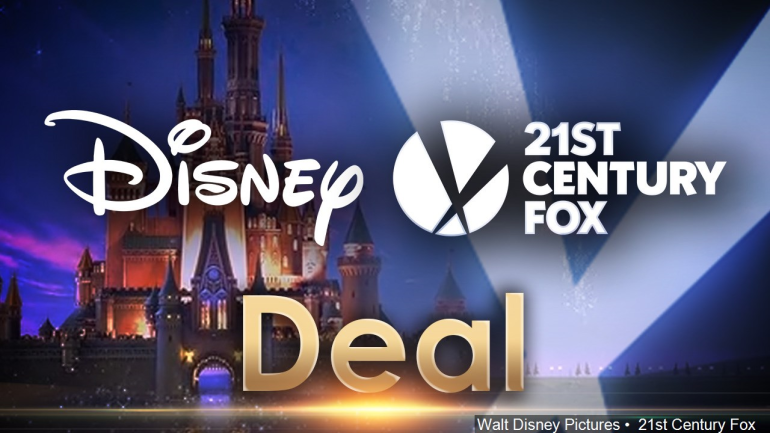 Disney has acquired 21st Century Fox’s film and TV studios in a historic deal worth over $52 billion.

The arrangement covers the movie studio 20th Century Fox, the company’s TV production arm 20th Century Fox Television, Fox-owned cable networks (including FX and National Geographic), and the company’s stakes in international networks like Star TV and Sky (which Fox is planning to acquire full ownership of before the sale is completed).

Disney also will gain a majority control of Hulu in the deal, with Fox’s 30 percent stake giving Disney a controlling interest of 60 percent. Comcast and Time Warner will be reduced to minority stakeholders, with 30 percent and 10 percent stakes, respectively.

Recently, Fox have lately been struggling to keep up with the new ways people view content, saying that the network want to focus their resources primarily on news and sport.

As part of the deal, Disney CEO Bob Iger is extending his time as CEO of the Walt Disney Company through 2021, although no word has been announced as to who his successor may be when he does step down in four years. Iger was originally planning to leave in 2019 before the deal went through.

The purchase was originally rumored back in early November, but talks were said to have fallen through. The Wall Street Journal reported that discussions were back on at the beginning of December. Comcast was at one point considered to be a contender for the rights as well.