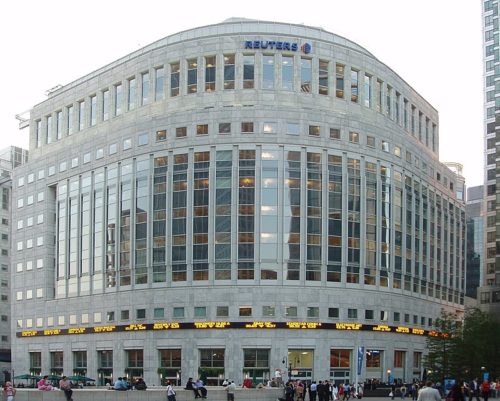 Journalists Wa Lone, 31, and Kyaw Soe Oo, 27, were arrested on Dec. 12, after they were invited to dine with police officers on the outskirts of Myanmar’s largest city, Yangon.

“The Ministry of Home Affairs has already submitted the case to the Office of the President,” Zaw Htay, spokesman for Aung San Suu Kyi, said by phone late on Sunday.

He added that the president’s office had given approval for the case to go ahead.

Zaw Htay could not be reached on Monday to clarify whether Htin Kyaw or Suu Kyi had been personally involved in the decision, or if other officials had signed off on the president’s behalf.

Suu Kyi, head of the ruling National League for Democracy, is barred from the presidency under a constitution written by the military.

She effectively runs the country in the role of “state counsellor”.

A number of governments, including the U.S., Canada and Britain, and UN’ Secretary-General Antonio Guterres have criticised the arrests as an attack on press freedom and called on Myanmar to release the two men.

Also Reuters Editor-in-Chief Stephen Adler and a host of journalists’ and human rights’ groups have criticised the arrests.

Zaw Htay said the journalists’ legal rights were being respected.

“Your reporters are protected by the rule of the law,” he said. “All I can say is the government can guarantee the rule of law.”

The two reporters had worked on Reuters coverage of a crisis that has seen an estimated 655,000 Rohingya Muslims flee from a fierce military crackdown on militants in western Rakhine state.

The Ministry of Information said that the journalists had “illegally acquired information with the intention to share it with foreign media”, and released a photo of the pair in handcuffs.

It said they were being investigated under the 1923 Official Secrets Act, which carries a maximum prison sentence of 14 years.

The ministry said at the same time that two policemen, Police Captain Moe Yan Naing and Police Sergeant Khin Maung Lin, had also been arrested under the same act.

No details have been released on whether a case against them is also proceeding.

The authorities have not allowed the journalists any contact with their families, a lawyer or Reuters since their arrest.

Police told Wa Lone’s wife on Thursday that the reporters were taken from Htaunt Kyant police station in north Yangon to an undisclosed location by an investigation team shortly after their arrest.

They added the reporters would be brought back to the station in “two to three days at most”.

It is now almost six days since they were detained and there has been no further update on their whereabouts.