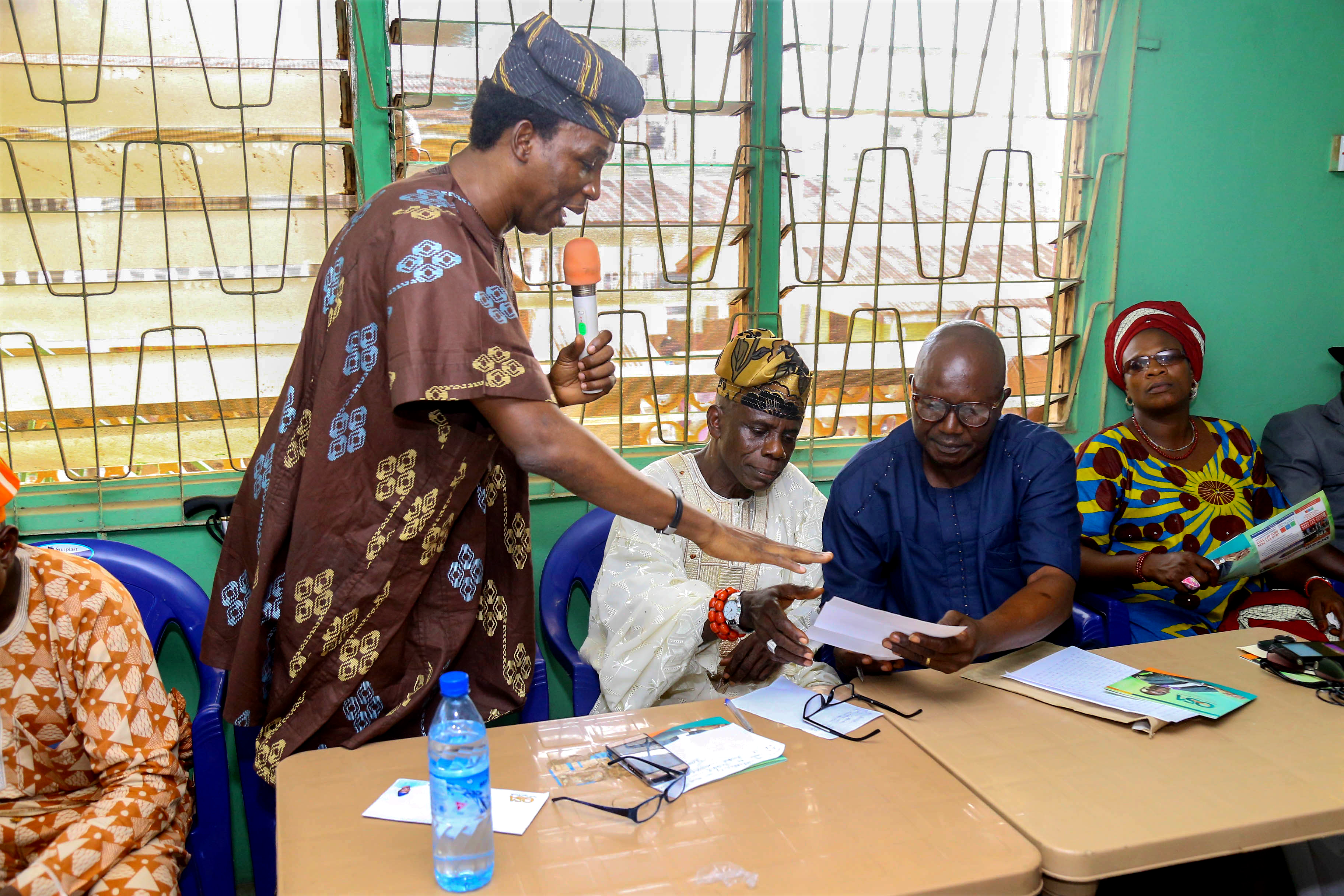 Otunba Segun Adewale, Chairman Lagos Chapter of the Peoples Democratic Party (PDP) has appealed to the party’s BOT Chairman, Senator Walid Jibrin to kindly check the activities of his members in Lagos. He pleaded that the Board of Trustees (BOT) should be impartial in carrying out the assignment entrusted to them by the National Caretaker Committee (NCC).
In a release made available to newsmen today, Adewale called on Party’s BOT Chairman to counsel members of the BOT in Lagos  to stay within the limits of their mandate as stipulated in a letter by the National Caretaker Committee Secretary and in accordance with the PDP constitution. According to him, “the directive was to handover the State Party Secretariat Building to the Commissioner Police. This we have fully complied with. Reports that we handed our mandate to Hon Moshood Salvador and his team is misleading and untrue. We are aware that Chief Bode George is going around claiming he has the authority of the NCC to hand over the party leadership to his stooge.  This is not true as the party’s faithfuls will vehemently resist any attempt to subvert the interest of our people”.
Adewale ,who insisted that he remained the Chairman of the Lagos Chapter of the PDP, warned that an attempt by any member of the BOT to favour a group over and above the others may return the party in Lagos to its crisis state. “Our members will resist any attempt by certain member of the BOT to return the PDP in Lagos to its dark days of imposition”
“Despite being fully aware that Chief Bode George a member of the BOT is a principal actor in the crisis, we abided by the NCC decision for peace. We strongly believe in the unity of the party and that the PDP is bigger than any single individual. For us to achieve lasting peace however, BOT members involved should stay within the confines of its mandate of taking possession of the Secretariat pending when the NCC fully reconciles all aggrieved members in Lagos”.
“As law abiding members of the PDP, we have obeyed the National leadership of our great party by handing over the Secretariat to the Police Commissioner. However, we look forward to a reconciliation process that will take into consideration all aggrieved factions. Anything short of such holistic reconciliation may further disintegrate our chances of achieving peace in Lagos”. Adewale concluded.

Police carted away all movable items in my house – Jonathan

Michelle Obama Talks On Persistence in the Face of Adversity