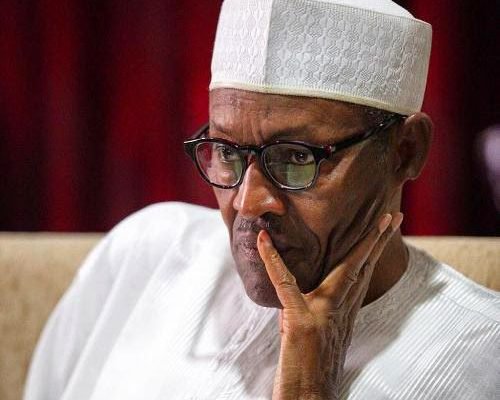 A pro-democracy group, Concerned Nigerians, has warned that if President Muhammadu Buhari fails to address the nation through a video chat on Thursday, it would mobilise mass protest across the country against him.

The group issued the threat in a statement signed by its convener, Deji Adeyanju and Secretary, John Danfulani.

Concerned Nigerians also called on the Senate President, Bukola Saraki and the Acting President, Yemi Osinbajo to set up a medical panel to ascertain whether Buhari is incapacitated or not.

The group anchored its demand on Section 144 sub-section 4 of the Nigerian Constitution.

The statement reads, “If the President is found with any infirmity that renders him incapable of discharging his duties, the Senate President and the Speaker of the House of Representatives shall officially declare him incapable of discharging his duties and declare his office vacant as prescribed in subsection 2 of section 143.

“To this end, we urge President Buhari to address the nation via a live video on or before the 60th day (2 days from today) of his absence.

“In failing to do so, we will begin a series of peaceful processions and mass action across the country such as [in] Abuja, Lagos, Port Harcourt and Kaduna and also outside the country in London and New York aimed at sensitizing the public as to the legal & constitutional crisis created by President Buhari’s continued absence from office and the insistence of the cabal to shield him away from his constituents, the Nigerian people.”

After spending over 50 days on medical vacation in London, the President had in May returned to the United Kingdom, UK, for follow-up medical check-up and is yet to return.

Against the backdrop of his current health status, both his aides and associates have continued to assure Nigerians that the President was responding to treatment.

However, the Ekiti State Governor, Ayodele Fayose had recently claimed that Buhari has been on life support since June, an allegation that has been generating heated controversy. ‎

Similarly, a former Minister of Aviation, Femi Fani-Kayode, on Saturday alleged that doctors have ruled out Buhari’s possible return because he can no longer function.