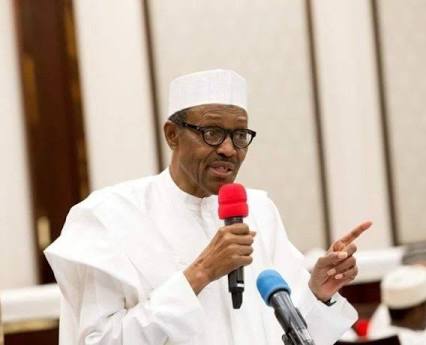 Presidential spokesman Femi Adesina has dismissed assertion that the timing of the airing of 55-minute documentary on President Muhammadu Buhari is faulty considering the hardships being experienced by Nigerians occasioned by fuel scarcity.

Adesina, who was responding to reactions online over the planned airing of the documentary on NTA and Channels Television on Sunday, Monday and Tuesday, observed that some of the comments were borne out of genuine concern.

The aide, who is the President’s Special Adviser on Media and Publicity, in a statement in Abuja on Sunday, however, condemned other comments which he said were “virulent, coming from inveterate complainers’’.

“I have read a lot of reactions, particularly online, on the timing of the airing of the documentary on President Muhammadu Buhari, slated for Dec. 24 and 25, respectively, by 8 p.m on NTA and Channels Television.

“Some of the comments are borne out of genuine concern, which we appreciate, while others are virulent, coming from inveterate complainers.

“Fault finding is the stock-in-trade of such people, and if they mistakenly find themselves in Heaven, they would even complain against God. They have no other pastime.

“The reactions mainly dwell on the fact that a documentary showing the human side of the President (as against the well-known iron and steel) is coming at a time there is severe fuel scarcity in the country.

“And I say, why not? Is life all about doom and gloom? Must we sit in ashes and wear sackcloth perpetually, and ignore the brighter side of life? God forbid!’’

Adesina attributed the ongoing fuel scarcity to what he described as “a combination of SNAFU (Situation Normal All Fouled Up) in the distribution process of petrol, and deliberate mischief and sabotage by some marketers, who want to force the hands of government to increase the pump price.’’

He stated that the situation was further compounded by hoarding of products, and panic buying.

He, however, reassured that the Federal Government was working round the clock to restore normalcy in the oil sector.

“Should we then be perpetually like King Lear at his worst, and consign ourselves to the doldrums occasioned by fuel scarcity at a festive period? No.

“Despite the temporal pains, life must continue, and we must look at the cheery side, while government works hard to bring succour.

“That is why I disagree with armchair critics, who wail at the drop of a hat. Millions of Nigerians appreciate President Buhari, love him passionately, and would watch the airing of the documentary, which shows the President in a perspective not very well known before.

“It’s a spice for the holiday season, and not even ephemeral fuel crisis would dampen the enthusiasm of positive minded Nigerians,’’ he added.

Related Topics:BUHARI''S DOCUMENTARY
Up Next

Christmas: Saraki Calls For Prayers For Peace, Unity Of Nigeria