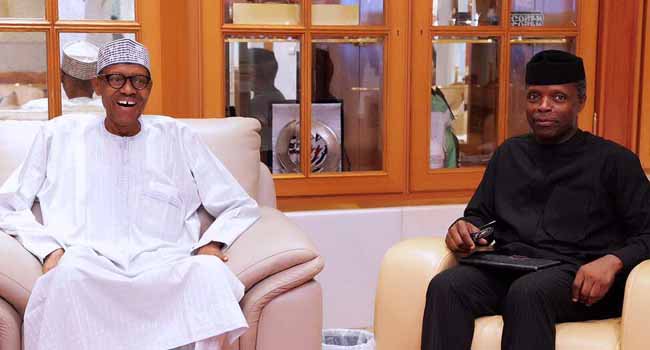 Nigeria, Africa’s largest economy, is finally out of recession!

The National Bureau of Statistics (NBS), which declared Nigeria’s worst recession in 29 years, said on Tuesday, that the west African country grew by 0.55 percent in GDP terms for Q2 2017.

President Buhari also confirmed via his official Twitter account four minutes ago. He tweeted “I am pleased by the news of our emergence from the recession, and looking forward to ensuring that the ordinary Nigerian feels the impact. Until coming out of recession translates into meaningful improvement in people’s lives, our work cannot be said to be done. I’m glad we’re starting to see the fruit of our work.But there’s still a lot to be done;we will not rest until all Nigerians feel the impact. The real change for Nigerians is an impact that is felt in their lives and their pockets. We are on the right path, and our work continues.”

According to the Nigerian gross domestic product report released by NBS on Monday, the economy recorded a positive growth after five consecutive quarters of contractions since Q1 2016.

The oil sector was estimated to have averaged at 1.84 million barrels per day, which is 0.15 million barrels higher than the daily average production recorded in the first quarter of June.

The non-oil sector, which was driven by agriculture, finance and insurance, electricity, gas, steam and airconditioning supply and other services grew by 0.45% in real terms.

Yemi Kale, statistician general, had told Bloomberg in an interview that there was a likelihood that the economy exited recession in June 2017 but he was not sure because all the numbers had not been collated.

“Intuitively, we might be getting out of recession in the second quarter but I can’t say until all the numbers are in.”

“If it doesn’t happen in the second quarter, it will be a much reduced negative and it will definitely happen in the third quarter unless we have a new round of shocks in the later weeks.”

Policeman kills himself over transfer to Borno