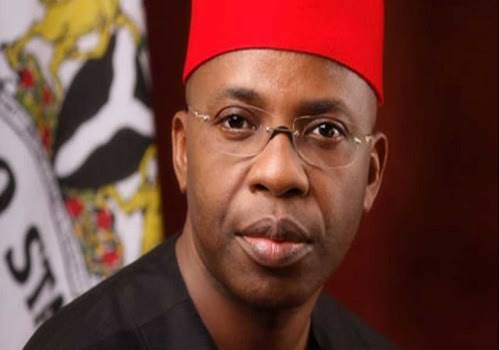 Ohakim’s convoy was reported attacked at Oriagu in the Ehime Mbano Local Government Area of the state on Monday evening.

The former governor escaped by whiskers but his backup vehicle was not lucky as the hoodlums bombed the vehicle leading to the death of the four policemen in his convoy.

Although the police public relations officer CSP Mike Abattam was yet to confirm the incident, Ohakim had confirmed the attack.

Meanwhile reports had that the former governor was with two of his children returning from a visit when the gunmen struck.

The source said, “his excellency was the main target but his driver was smart enough to beat them because they were driving to block him.

“Disappointed that their main target had escaped, they blocked his backup vehicle and burnt it. The four policemen with him burnt.”

Following the attack, police sources said that various tactical squads had been sent to strategic roads while reinforcement came from Owerri, the state capital and escorted him to his house.

Ohakim, who spoke to some journalists said “Thank God I survived,” while decrying the gruesome killing of his orderlies.