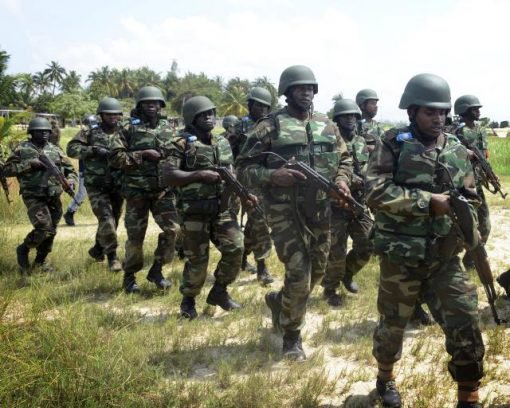 The Nigerian Army, yesterday said its troops had killed 20 Boko Haram insurgents in a clearance operation in the Lake Chad Basin.

Timothy Antigha, the Deputy Director, Army Public Relations, 8 Division, made the disclosure in a statement in Maiduguri. Antigha said that the troops captured 17 insurgents, rescued 100 people, recovered vehicles and ammunition.

He said the six soldiers that sustained injuries in the operation were referred to military medical facility for treatment.

He said the operations were conducted in the past two weeks in islands in the Lake Chad region to crush Boko Haram insurgents inhabiting the islands.

“The operation which commenced about two weeks ago preceded by coordinated air and artillery bombardments of islands and localities occupied by terrorists. The insurgents sneak into Magumeri, Kauram and other locations to loot property, attack security personnel and villagers.

He added that preliminary investigation revealed that most of the rescued persons were held hostage and forced to work in the farms.