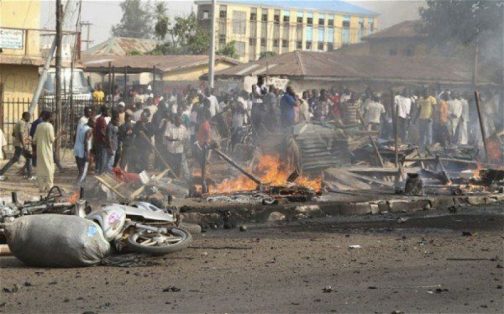 SEMA also confirmed that 39 others sustained various degrees of injuries in the suicide bomb attack at Dalori IDP camp, Maiduguri.

Satomi said that a female suicide bomber infiltrated the IDPs camp and detonated explosive killing herself and five other people, while 39 others were wounded.

He said the second suicide bomber detonated improvised explosive device at the entrance of Dalori residential quarters and blew herself to pieces.

According to him, there is no casualty in the second attack.

The chairman added that the those wounded had been taken to the Specialist Hospital, Maiduguri.

Related Topics:Maiduguri Multiple Explosions
Up Next

Starting Your Own Business in 2018? 3 Questions to Ask First