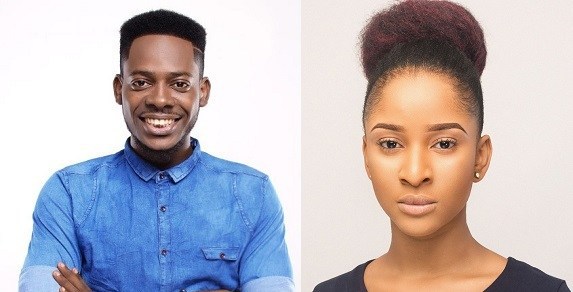 Loads of people seem to think Adesua Etomi dated a lot of guys before she finally ended up with Banky W.

First, it was Nollywood actor Kunle Remi because of the chemistry they had in the movie ‘Falling’. This time, it is being speculated that she may have dated Adekunle Gold.

Adekunle Gold had  asked the actress out on Twitter and she gave him a condition of 50,00 retweets which he never met.

However, fans still think something went on between them before the actress finally settled for Banky W.

In an interview with Saturday Beats, the songwriter said:

“People do not know if Adesua is just my friend. They wouldn’t know if my tweet was just banter or if it was real. I guess a lot of people thought it was real and I was asking Adesua out online. Why would I do that? We were just joking and she is my friend”.

He went further to say, “I even tweeted when she got engaged that I’d not even got the 50, 000 retweets she asked for and she was already engaged. It was just banter but I guess people see what they want to see. Adesua and I never dated; we were/are just friends”.

He also added, “If we had dated, I would have definitely worked towards marrying her. I mean, who would not want to marry Adesua? That is ‘if’ we had dated but that was never the case”.

Dear Adekunle Gold, our eyes are on you.