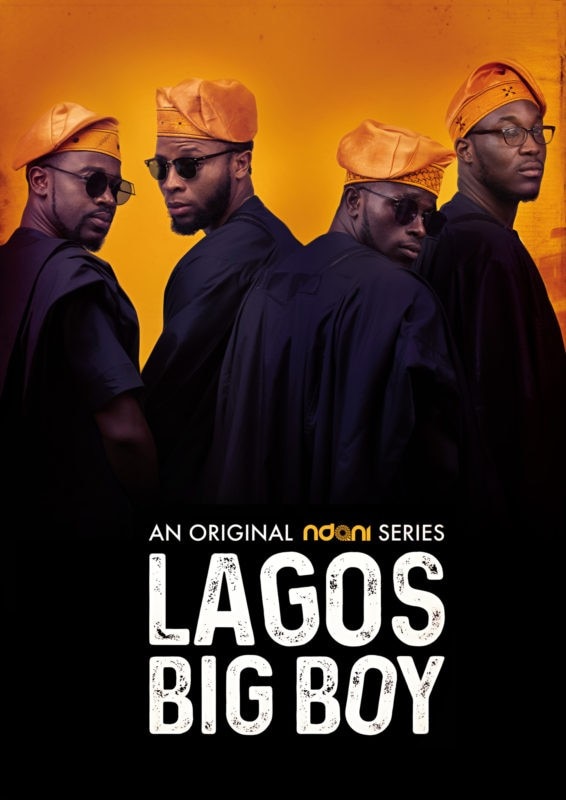 This year is almost over and 2017 has, without a doubt, had its fair share of flops. From “Lagos Big Boy” to “Inspector K,” we bring you the five biggest movie/TV flops of 2017.

Whether it’s a failed attempt at making a Whodunit or capturing the life of a hustling young man, 2017 has been a year with quite a number of glaring duds.

Despite a successful commercial outing, these TV shows and movies were critical flops.

Check them out, in no particular order.

Before its release, “Lagos Big Boy” had quite a number of factors going for it: the first web series with a male-dominated lead cast, directed by Dare Olaitan who helmed the critically acclaimed “Ojukokoro” movie.

Despite the hype, the web series creates characters and a plot that pales in comparison to all the bad ones we have ever seen.

The dialogue is flat and contains barely a flicker of wit or banter that is expected from friends or millennials.

Crippled by technical difficulties and substandard performances, the second season of “The Voice Nigeria” is a stark contrast to its debut season.

The season failed to recreate the magic that made its debut edition successful.

It also didn’t have enough outstanding talents and quite a number of talented singers were let go during the blinds and battles.

From the performances to the judges’ theatrics, viewers were left appalled and dissatisfied as the weeks rolled on.

Teco Bensons’s “Blood in the Lagoon” is a rags-to-riches tale that has a message about forgiveness, hard work, steadfastness and honesty.

Unfortunately, this message is drowned in cliché dialogues, wince-inducing acting and uninteresting characters.

With a major implausible plot twist and dull performances, “Blood in the Lagoon” earns a top spot as a cinematic moment that shouldn’t have happened.

And to think we waited four years for this.

“Our Best Friend’s Wedding” is a predictable show and from the first episode, every smart viewer already knows what to expect: best friends falling in love with each other.

Despite an amazing chemistry amongst the cast and great soundtracks, nothing stops the series from being underwhelming.

“Our Best Friend’s Wedding” was made to accommodate viewers with a penchant for formulaic love stories.

This lukewarm whodunit about a ‘wacky’ inspector who tries to solve the murder of a top female blogger sacrificed character development and fundamental narrative logicality on the altar of forced comedy from its lead actor K10.

Despite touting a creative concept, “Inspector K” squanders its potential and ends up as an underwhelming 2017 TV monument.

8 Basic Steps for Achieving Anything