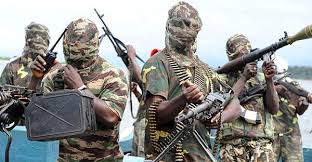 Some kidnappers have allegedly killed three people and kidnapped 10 others at the weekend, along the Kaduna-Sarkin Pawa road in Munya Local Government Area of Niger State.

Senator David Umaru, representing Niger East, said people around the area disclosed the development on Sunday. According to him, the kidnappers, who were dislodged from the Abuja-Kaduna expressway had shifted base to Munya area of Niger State and were wreaking havoc on that part of the state.

He said from the information he gathered, the kidnappers attacked about 15 villages situated along the Sarkin Pawa-Kaduna road.

“I have received several calls from villagers in Munya LGA about the activities of kidnappers operating without challenge from security agencies,” he said.

The Niger State Commissioner of Police, Dibal Yaradi, in his comment said nine people were kidnapped in communities in Munya and Shiroro LGAs from December 5 to date.

He said, “three girls were abducted at Janja village in Munya while three others were kidnapped in Shoho Kibla also in Munya and additional three in Erena in Shiroro LGA.”

He also added that in Janja, armed men invaded the village and kidnapped three girls and killed their father, one Sale Danjuma who was trying to resist the abduction of his daughters.

He said the girls were still at large, while information regarding the abduction in Shoho Kabla was still sketchy.