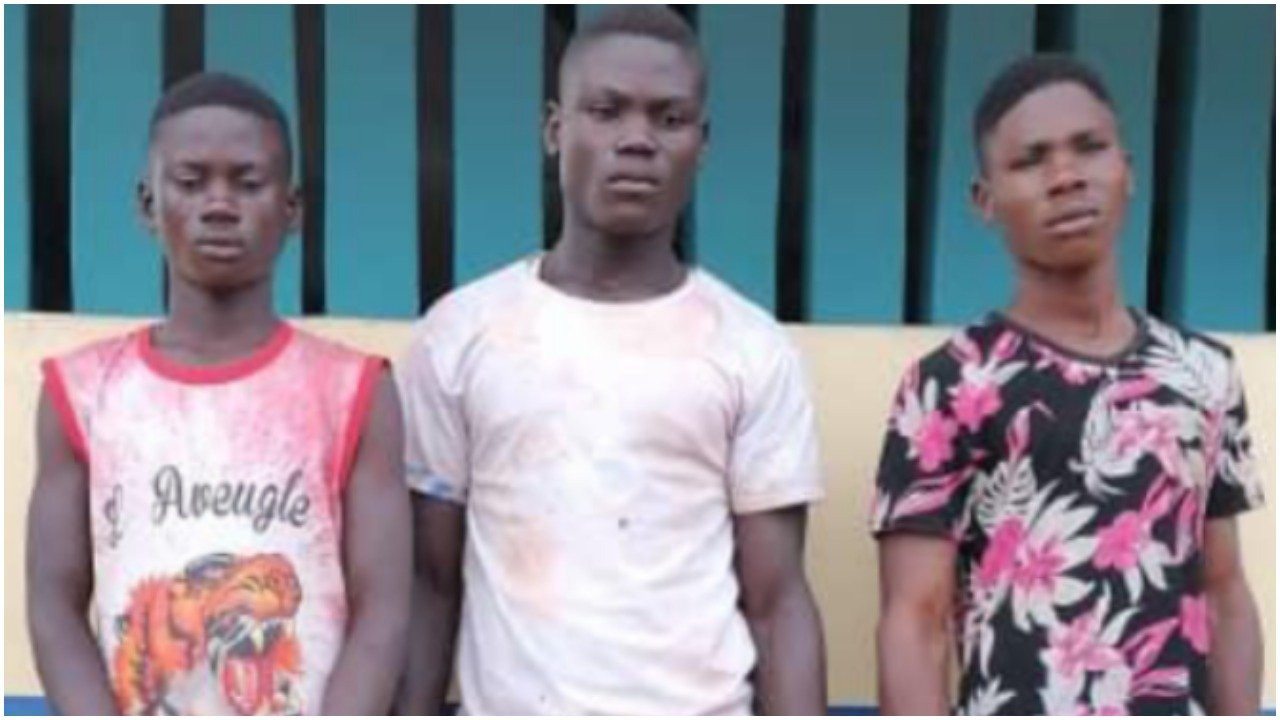 Operatives of the Ogun State Police Command have arrested three men for the alleged gang-rape of a 16-year-old girl, TopNaija reports.

The police said the suspects also filmed the act to threaten the victim.

The suspects; Oluwaseun Damilohun 20; Oriyomi Damilohun,19; and Oluwasegun Idowu,18; reportedly laid ambush for the teenager when she went to take her bath at a stream in Abiodun village, in the Ifo Local Government Area of the state.

The state Police Public Relations Officer, DSP Abimbola Oyeyemi, in a statement on Thursday, said the men were arrested on Wednesday shortly after they committed the crime.

Oyeyemi said the suspects threatened the victim that they would upload the video on the Internet if she reported them.

The PPRO said, “One Alimi Olasunkanmi, an administrative officer of So-Safe Corps, reported that while the victim went to take her bath at Odo-pata stream, at Pata Abiodun village, in the Ifo LGA, around 10am, the three suspects ambushed and dragged her forcefully into a nearby bush, where they took turns to have sex with her.

“While the devilish act was going on, one of them was video recording it with a threat that if the victim dared to report them, they would upload it on the Internet.”

Oyeyemi explained that upon the report, the DPO Ifo, CSP Adeniyi Adekunle, led detectives to the scene, where the suspects were arrested.

According to the PPRO, they all confessed to the crime, while the victim was taken to hospital for medical treatment.

He added that the state Commissioner of Police, Edward Ajogun, had directed the immediate transfer of the suspects to the Anti-Human Trafficking and Child Labour Unit of the State Criminal Investigation and Intelligence Department for diligent prosecution.

How university guard was killed on Ekiti farm