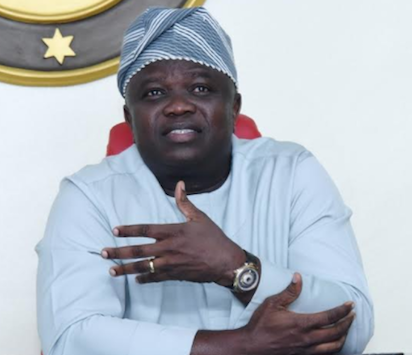 lagos—A cross section of supporters of Govenor Akinwumi Ambode of Lagos State, on the aegis of Akin Ambode Campaign Group, AACG, has called on Governor Ambode to seek reelection in 2019 to complete the projects he has started. AMBODE Alhaji Moruf Soremekun, the state chairman of AACG, weekend, at Agege, during the 4th Anniversary, lecture, awards and investiture ceremony of the group, claimed the dynamic administration of Governor Ambode had brought about unprecedented progress to all and sundry, noting that his six cardinal policies on security, health, food sufficiency, massive infrastructure, employment opportunity had stood tall. According to him, on the area of Internally Generated Revenue, IGR, of all 36 states, Lagos had been receiving commendation for its sound and robust economy since May 29, 2015. Soremekun, who said the governor had surpassed the expectations in the area of welfare for the people and socio-economic development in the state, declared: “It is now clear that it is not how long but how well. Within the short period of governance, he has set new record for everyone to see that no effort will be spared in ensuring that the second term of our indefatigable Governor is assured.” He said in the last two years, the governor had performed excellently well and such a performer deserved second term in office. According to him, “Every part of the state has felt the impact of his two years in governance in the state in the area of infrastructural development, and various policies that are all to the benefits of the people of the state, irrespective of their creed, religion, ethnic background political differences among others.” Also, the Coordinator General of the Group, Chief Akintunde Ambode, also corroborated the chairman, saying, “We have been supporting the governor in his political career since 2013 and who are also members of APC, are calling Governor Ambode to seek for second term in office. His goods works in Lagos State must continue and we are calling on him to listen to our call because it is a call for service. Speaking on personalities bestowed with honour, such as, Dr. Eniayewu Ademuyiwa Benjamin, the Managing Director of Island Maternity, Lagos and Otunmba Jide Oni, Chairman of Jidmas Construction Company, Ambode, said: “It is for those who have done good things for the state.”

Related Topics:2019SUPPORTERS SEEK SECOND TERM FOR AMBODE
Up Next