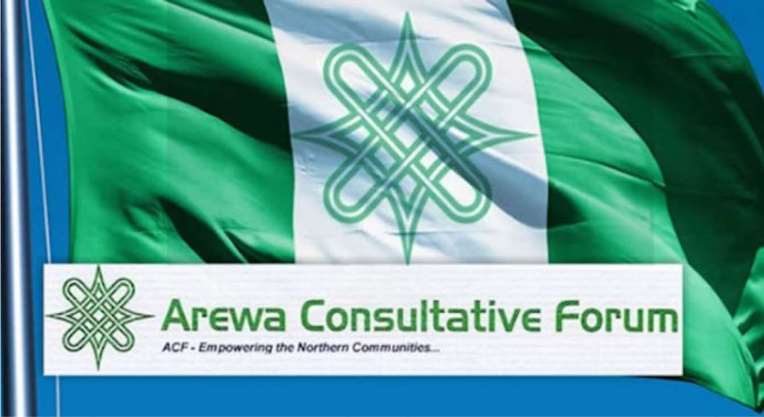 
A socio-political organisation, Arewa Consultative Forum (ACF), has shown concern over the increasing surge of insecurity across northern states.

ACF also stated that youth joblessness in the region was a time bomb waiting to explode.

Rising from a meeting of its board of trustees in Kaduna on Wednesday, the organisation said that regardless of the efforts of the Federal Government, Boko Haram, bandits kidnappers, clashes between herders and farmers had been on the rise.

In a statement signed by Shehu Malami at the end of the meeting and made available to journalists by the National Publicity Secretary of the group, Emmanuel Yawe, disclosed that ACF also lamented a state where the North was left without a single financial institution to improve the economic growth and wealth of the province.

The statement further said, “Similarly, the board decried the lack of media houses in the North to keep the citizens of the North well informed.

“The board observed that without a sound financial foundation and backing, the North will always remain backward.

“On the problems of unemployment in the North, the board said it is regrettable that the North has not realised it is sitting on a time bomb which can explode at any time.

“The board resolved that there is the need to take immediate action to salvage the youth from lethargy, drugs and substance abuse, despondency and banditry.”

Regarding the prosecution of the leader of proscribed Indigenous People of Biafra (IPOB), Nnamdi Kanu, the forum commended the Federal Government, security agencies, and all those behind the arrest and extradition.

The Arewa Consultative Forum declared that the development showed that the government was capable of dealing with security problems in the country.

Gov Wike threatens to fire monarchs, others over alleged extortion

Why I blame Nigerians for injustices, not ethnicity, religion – Buhari