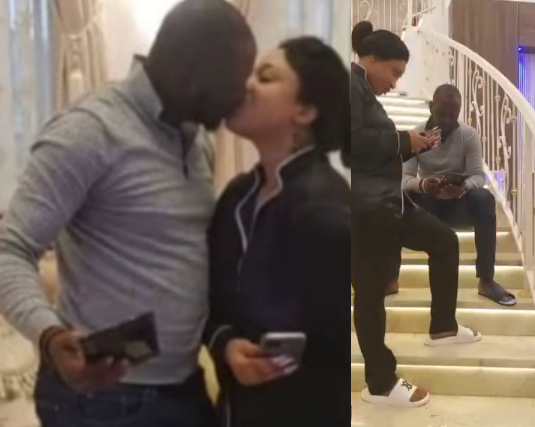 Following their breakup, Tonto Dikeh‘s ex-boyfriend, Prince Kpokpogri, took to his Instastories this evening to hail her ex-husband, Olakunle Churchill.

Few weeks ago, an audio was released purporting it was Kpokpogri speaking about other women and about Tonto’s behavior to another lady. He denied the voice was his but it looks like Tonto believed it because she ended things with him.

The two have since unfollowed each other on Instagram.

This evening, Kpokpogri via his Instastories hailed Churchill for putting up with the actress and mother of one for so long as her former husband.

Read what he wrote below:

Tonto Dikeh was born into a family of seven and is the third of five children. Her family is from Obio-Akpor, a LGA in Rivers State, and is of Ikwerre descent. At age 3, she lost her mother and was raised by her step-mother, who has two children.

Her traditional marriage to Oladunni Churchill was held in August 2015. In 2014, she was rumored to have been in a sexual relationship with Rukky Sanda. However, during an interview with Rukky Sanda the rumour was debunked.

Related Topics:tonto dikeh
Up Next