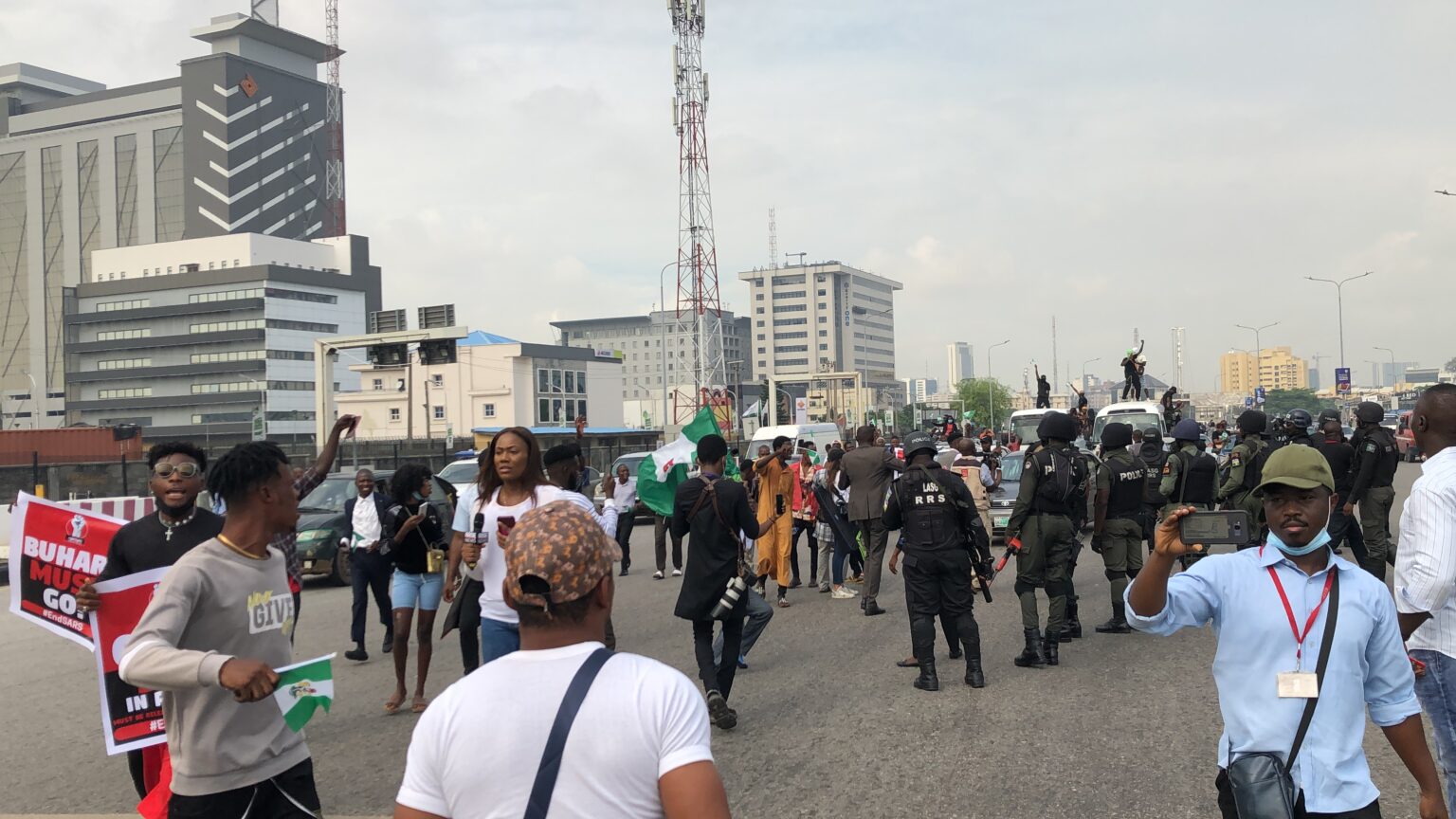 Aggrieved young Nigerians made good their threat as they took over the Lekki area of Lagos with the #EndSARS memorial protest today Wednesday October 20, 2021.

The protesters, who have been peaceful so far defied the threat by the police to hold the memorial protest at the Lekki Tollgate, though they were not allowed to block the road.

The protesters were armed with placards, one of which read: “End bad governance.”

Meanwhile, the Publisher of Sahara Reporters Omoyele Sowore and activist, Deji Adeyanju are leading the Abuja #EndSAR anniversary protest. The protest is holding at the Unity Fountain, in the capital.

Also, a protest to mark the first anniversary of the #EndSARS movement has begun in front of the Ministry of Justice building, Maitama, Abuja.

The protesters gathered at the front of the building with banners and placards on Wednesday, majorly dressed in black.

There is also a heavy presence of security personnel at the venue to control the crowd and moving vehicles, as the protesters occupied a part of the road.

Another group of protesters also gathered at Unity Fountain in Abuja to mark the first anniversary of the #EndSARS protest which rocked the nations last year October.

In Lagos, celebrities and activists have joined a car procession at the #EndSARSMemorial protest at Lekki tollgate in Lagos.

Affluent Idanre indigenes to donate N10m each for palace renovation