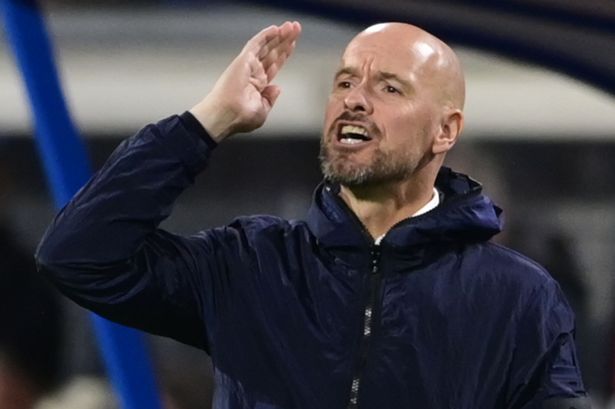 Man United manager, Erik ten Hag isn’t one to shy off making his opinion known, and now he has chastised his players in training for making stupid errors that shouldn’t be made.

The team returned over the week to kick start its pre-season training, with it taking the players some time to learn the needed tactics or playing style that fits the Dutchman’s style.

The former Ajax manager who led the players on a passing drill, found a few of the players coming off unstuck.

Ten Hag favors ball work over pure fitness, compared to the tactics the players were used to under previous managers.

During one of the team’s training, players were seen in a clip passing and moving forward while firing balls into two centrally-positioned players then sprinting back to another corner of the quadrant.

The goal was to pass to a specific foot of the receiving team-mate, with the players instructed to play to a teammate’s right foot while their left foot goes the other way.

Coaches Steve McClaren and Mitchell van der Gaag could be seen yelling instructions to the players to ensure they passed the ball the right way, and one man who was caught making a mistake was Bruno Fernandes.

This of course got to a point where Ten Hg had to yell at the team, saying:

“Hey, we are making too many mistakes!”

Richard Mofe Damijo celebrates in style as he clocks 61