How terrorists were killed at Lake Chad island community

Jigawa Governor's aide and others attacked by angry crowd

Man nabbed for 'arresting a god' in Nsukka 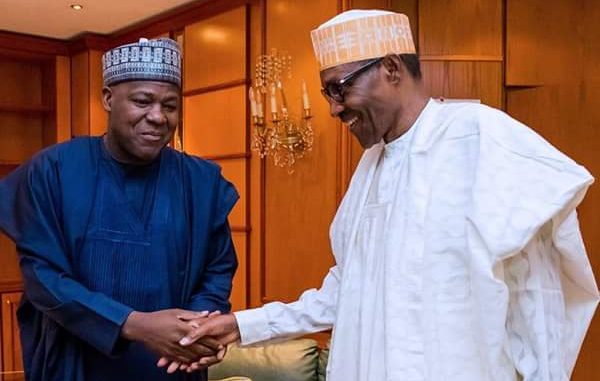 A former Speaker of the House of Representatives, Yakubu Dogara, has decamped from the Peoples Democratic Party, PDP, to the All Progressives Congress, APC.

Mai Mala Buni, chairman of the caretaker committee of the party, broke the news to state house correspondents after he and Dogara met with President Muhammadu Buhari at the presidential villa in Abuja on Friday.

“We paid a courtesy call on the president in continuation of our effort to rebuild the party. We are here to see Mr. President and brief him on the development,” Buni said.

Asked why Dogara accompanied him, he said: “The former speaker is a member of the APC… he is back because the reason he left the APC is no more there.

Buni said efforts are in place to reach out to other aggrieved members of the party, adding that the APC is being rebranded to “outlive us”.

Dogara had left the APC after he fell out with Mohammed Abubakar, former governor of Bauchi state, who lost his reelection.

But Dogara, who represents Bogoro/Dass/Tafawa Balewa federal constituency, was reelected into the house of representatives on the platform of the PDP.

He led the screening committee of the PDP for the Ondo governorship election.

Dogara, according to the report, will address the public later. The former Speaker who was an APC member had defected to the PDP during the last general elections.