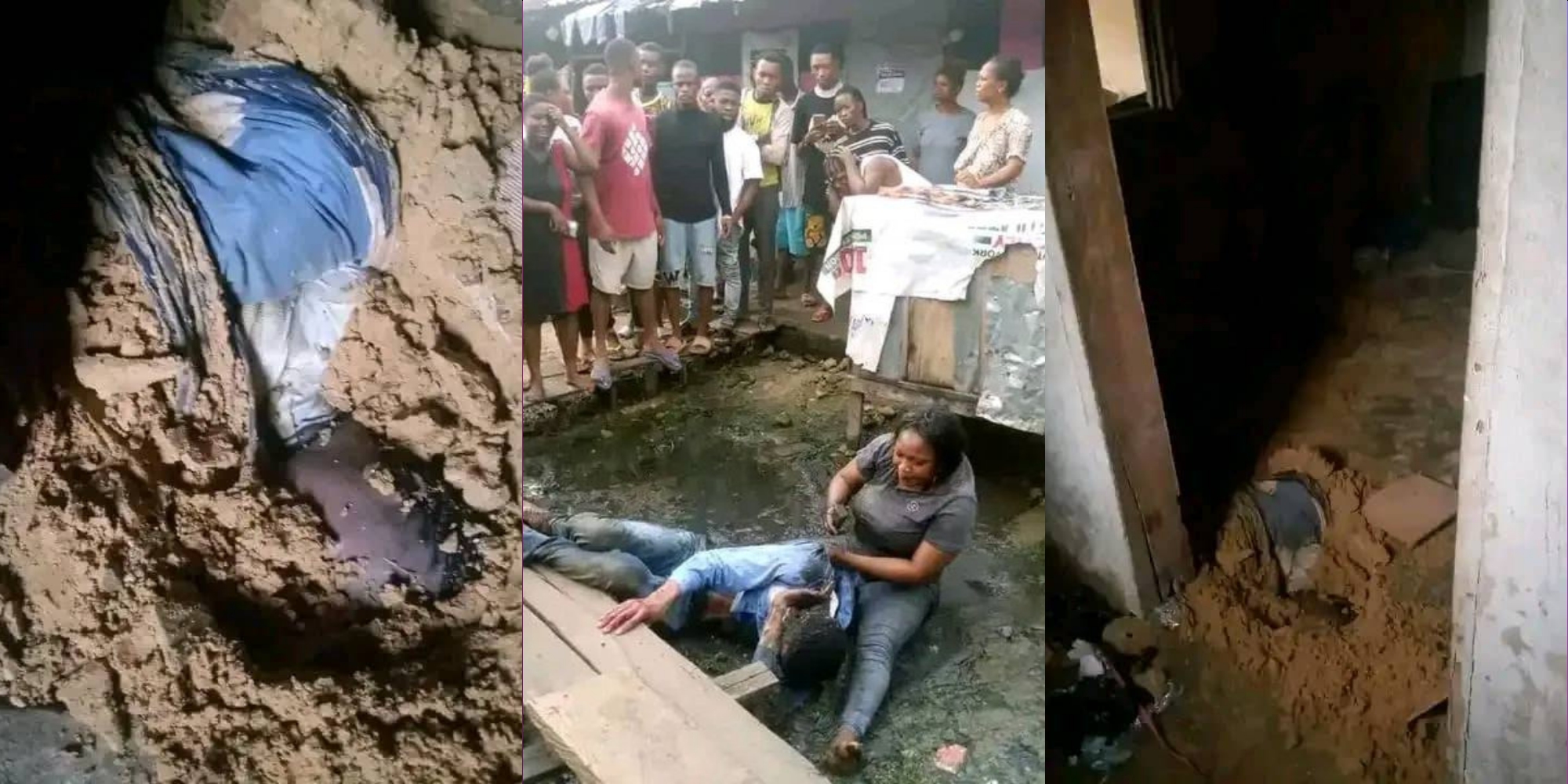 A suspected Yahoo boy was exposed after killing his girlfriend and burying her corpse in his room at Bayelsa State.

In the early hours of Friday, July 29, the supposed ritualist, identified as Joseph was caught and arrested by the police after they found the body of his girlfriend, Kate in his room in Okaka area of Yenagoa, Bayelsa State.

TopNaija understands that Kate kept her parents worried after she went missing a few days ago and her boyfriend denied knowing her whereabouts.

This morning, the family of the deceased stormed his house to confront him and demanded that he brought her out either dead or alive.

After much pressure, Joseph confessed to killing her and dumping her corpse in a shallow grave dug in his bedroom.

Before he was handed over to the police, the suspect was beaten by angry youths in the community after the corpse was exhumed

See more photos and video below,

Related Topics:bayelsagirlfriendYAHOO BOY
Up Next