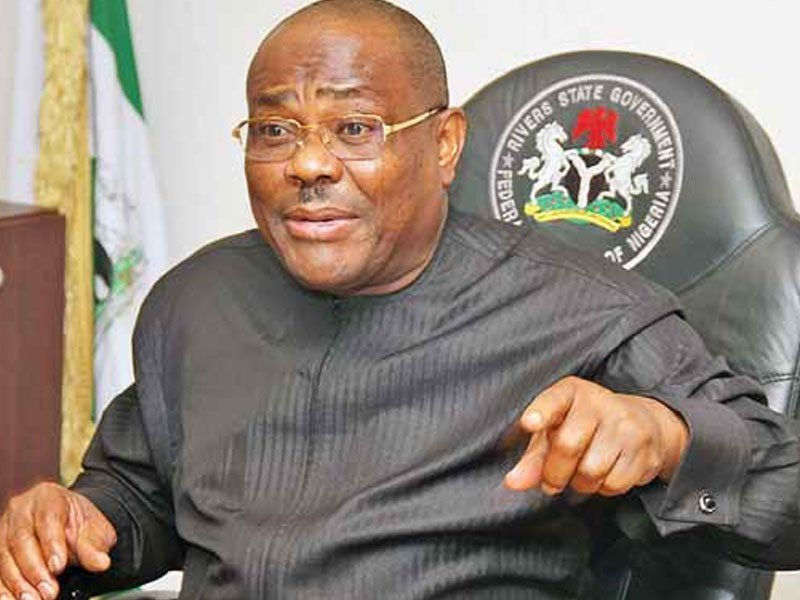 The victory of former Vice President, Abubakar Atiku in the recently concluded PDP primaries is something that party statesmen haven’t taken a liking to as criticisms and backlash have followed, particularly from those of South Eastern or South Southern connections.

One of those is current Governor of Rivers State, Mr. Nyesom Wike, whom along with many others stood in the running for the PDP presidential mandate.

Now, the party statesman has come out to condemn a few of his colleagues after his loss in the primaries, and has declared vehemently that he won’t sit to play second fiddle in a country he is a citizen of.

He said this on Monday while addressing the Rivers indigenes on his return from the election held in the Federal Capital.

In an agonizing defeat, the PDP chieftain lamented how the North was trying to claim ownership of the whole country, saying Nigeria does not belong to a particular geo-political region.

He quoted: “We have all it takes to do whatever we want to do. It is a matter of you to be fruitful. We cannot answer second class citizens in Nigeria.

“We just used this one to tell them that enough is enough. We made them not to sleep, we made them not to eat, we made all of them from wherever they think they are coming from to know that there is somebody who can take them on.

“This country does not belong to one particular zone. If people are afraid of talking, it is their business. I cannot be a second class citizen in my country.

“They just want somebody they can control, somebody that will do whatever they want him to do, I will never be a party to that, they only people that can control me are Nigerians not the few people that want to remain in power since the military regime”.

With the outcome of the primaries in PDP, knowing the style of politics played by the Nigerian elite, it won’t be long before citizens see a mass defection from the party and ethno-religious politics being played throughout the presidential campaign.