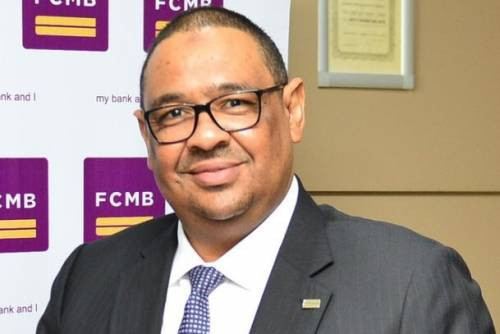 Wife of the embattled Managing Director of the First City Monument Bank, Mrs. Hauwa Adam Nuru, has denied plans of seeking to divorce him following the lingering paternity scandal her hubby is enmeshed in.

Mr. Nuru was in the news in December 2020 after several Nigerians petitioned the CBN to take disciplinary action against him over claims he had an illicit affair with a former staff of the bank, Moyo Thomas, and fathered her two children while she was still married to her husband, Tunde Thomas. It was alleged that Mr. Thomas died in December from the shock upon discovering that his two children were fathered by Mr. Nuru.

The management of FCMB has begun an investigation into the matter and Mr. Nuru has since gone on leave. Sahara Reporters last week reported that Mrs. Nuru was on the verge of divorcing him.

However, in a statement released today January 16, Mrs. Nuru, turns around and blatantly denied the report.

Her statement in part reads

“I want to clarify for the avoidance of doubt that I am still very much with my husband. This fake news was published by an online newspaper in a calculated attempt to further demonise my beloved husband and a loving father.

Related Topics:Adam Nuru.
Up Next