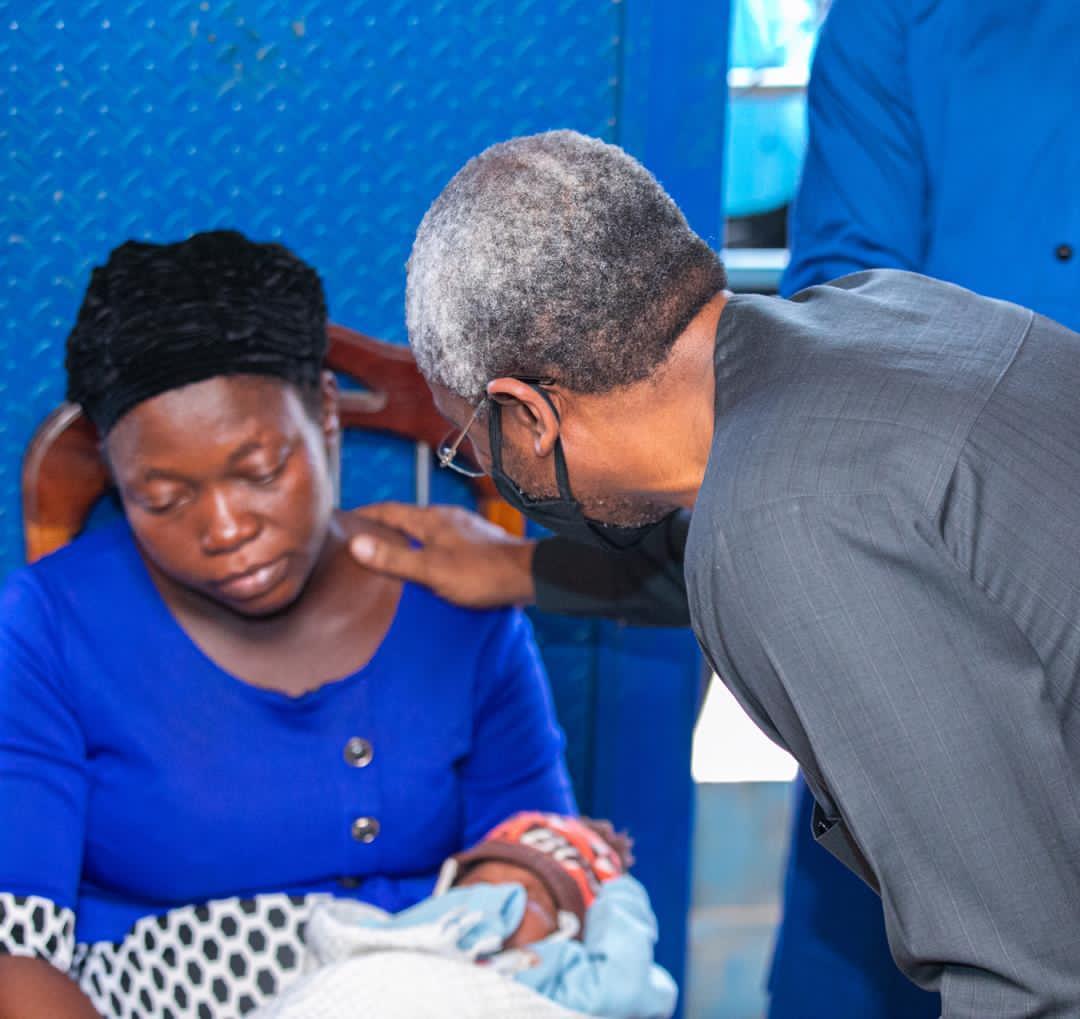 Josephine Okereke, the wife of the newspaper vendor shot and killed by a Department of State Services operative attached to the Speaker of the House of Representatives, Femi Gbajabiamila, has disowned her husband’s family over their demand for N500m compensation.

Josephine spoke at a press conference in Abuja on Thursday. The family of Ifeanyichukwu Okereke had written to Gbajabiamila, demanding N500m, as we earlier reported.

Lawyer to the family, Chief Mike Ozekhome (SAN), in a letter dated November 23, 2020, said he was given the mandate to write the letter by the father of the deceased, Okorie Okereke; and the younger brother to the deceased, Destiny Okereke.

The DSS had last week arrested the operative, Abdullahi Hassan, who shot Okereke while Gbajabiamila had also visited the family of the deceased and promised to ensure that they do not suffer.

However, the family demanded more, adding that nothing could bring the dead vendor back to life.

The widow, however, said she was not aware of the pre-litigation process, urging the Speaker to ignore the family fulfil his promises to her and her two children.