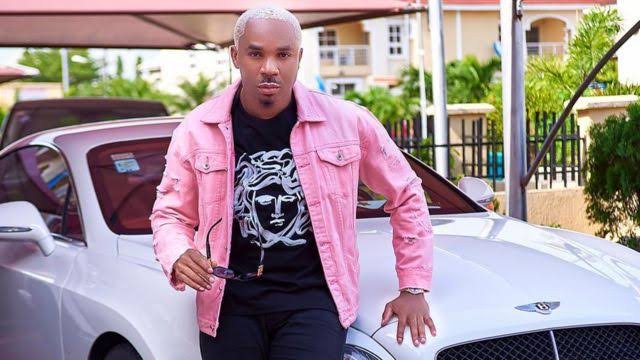 Nigerian socialite, Pretty Mike has advised parents and guardians to try and stop their children from emulating Nigerian celebrities.

The influencer urged parents to keep their children away from Nigerian celebrities so they don’t get exposed to their ‘fake’ lifestyles.

Pretty Mike made the statement on his Snapchat, sharing his thoughts on parenting and the role society plays in it.

Pretty Mike asserted that the way children grow up to be is a direct reflection of their parents, regardless of their wealth and social class.

According to him, the style of parenting people are adopting in the present time is already telling on the type of children that are being raised.

Speaking further, Mike admonished parents to keep their wards away from celebrities because most secular celebs influence people negatively, just as the way Nollywood has influenced ritualism in the Nation.

“No matter how wealthy you become, the children you raise becomes a reflection of the quality of person you are.

Parents of the 80s who gave their children hobbies like music, arts, boys scout, boys/girls brigade etc vs. parents of the 2010s who open Instagram pages for their 2 year olds. Times are already telling.

And then the idiots we have as celebrities have no social sanctions. Display their bad behaviours as good trend
Keep your kids away from Nigerian celebrities. Just like Nollywood influence ritual killings through movies.. false lifestyle, drugs and sex already gaining more momentum with underage kids.

We have educated bad leaders and the country is in a bad shape.

With the number of uneducated and unemployable youths.. we may slide into having uneducated bad leaders.”