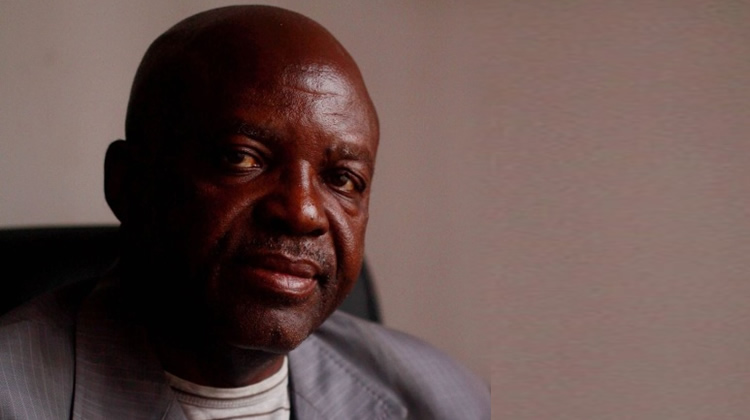 On Wednesday, Pan-northern sociopolitical organisation, the Arewa Consultative Forum, announced that presidential candidates that failed to understand security problems facing the region should forget its support in 2023.

The ACF’s National Publicity Secretary, Mr Emmanuel Yawe, who stated this in an interview with the press in Kaduna, said any candidate seeking the support of northerners should have a deep understanding of security challenges and other problems confronting the region.

The group gave the warning two days after lambasting the President, Major General Muhammadu Buhari (retd.), over the rising insecurity in the North.

The ACF had, in a statement titled, ‘ACF condemns endless killings in the North’ issued by its spokesman, urged the President to address insecurity in the region.

It said, “We feel there is no need to call on President Buhari to live up to his oath of office. He knows more than anybody else the implications of swearing on the Quran and refusing to honour your oath to the Almighty.”

On Wednesday, the group said although it would not be involved in the selection of candidates, it would not support anybody that had a shallow understanding of security challenges and other problems of the region.

The ACF spokesman said the northern body would scrutinise each presidential candidate in 2023.

“For the forum to get involved in the process of the multitude of political parties and select a presidential candidate for each will create too many problems. It is not even feasible or desirable for a mere pressure group like the ACF.

“We shall allow the parties to select their presidential candidates and once that is done, we shall scrutinise each of them. We have published our concerns about security and will continue doing so on other issues.

“Any politician with ears and eyes on 2023 should listen and see. Definitely if any fails to understand the security and other problems of the north, we will not support him.”

We will go for competence – NEF

The Northern Elders Forum on its part said it would work with Nigerians of like minds to reject sectional political parties and leaders, who sought power for the sake of it.

The Secretary General of NEF, Dr Hakeem Baba-Ahmed said this in an interview with The Punch, on Wednesday.

He explained that the forum was preparing a template to engage aspiring leaders to ensure that only the best emerge in order to take Nigeria out of the woods.

In response to a question on whether the forum would reject the ruling APC should it fail to resolve the security challenge by 2023, Baba-Ahmed said, “NEF will support any individual or party that prioritises competence and service.We will encourage northerners and Nigerians not to vote for candidates or parties that do not have clear priorities such as fixing national security and public safety, building a strong economy, supporting restructuring and creating jobs for particularly young people.

“We will advise against ethnic politics and encourage a political process that gives all Nigerians a sense of belonging.We will oppose the emergence of leaders who just want power, without clear ideas regarding how they will use it.“

Responding to another question he said, “NEF is working on a template for aspiring leaders in Nigeria.We plan to play an active role in sensitizing Nigerians on the type of leadership at all levels that our current challenges require to be trusted with power.

On Wednesday, the House of Representatives, raised the alarm over the possibility of the spread of the recent attacks on the Ahmadu Bello University, Zaria, in Kaduna State to other institutions of higher learning in Nigeria.

The House called on the Federal Government to “urgently and without further delay” erect a wall round the campuses of the ABU as was done for the University of Maiduguri in Borno State and the Gwagwalada campus of the University of Abuja.

This, the House stated, was necessary in order to “forestall incursions from the bandits and other miscreants.”

The House also called on the Inspector General of Police, Mohammed Adamu, to “urgently and without further delay” establish units of its Mobile Police Force personnel at the institution, particularly at the Phase 2 segment of its Samaru campus to ensure security of lives and property at all times.

The House further called on the Chief of Army Staff, Lt.-Gen. Tukur Buratai, to also “urgently and without further delay” establish a battalion of the Nigerian Army at the southern border of the ABU “to forestall incursions into the campus from that end, which has attained a certain notoriety in this regard.”

A member representing Sabon-Gari Federal Constituency in Kaduna State, Mr Garba Muhammad, had moved a motion of urgent national importance, titled ‘Urgent Need to Address the Security Threats Posed by the Phenomenon of Banditry, Particularly Kidnapping and Abduction, to the Ahmadu Bello University, Zaria, and Other Tertiary Institutions Across the Nation.’

Moving the motion, which was co-sponsored by some other members from Kaduna, Messrs Tajudeen Abbas, Shehu Balarabe, Muktar Ladan and Ibrahim Hamza, Muhammad said the spate of insecurity in Nigeria had been “a matter of grave concern to all well meaning patriots for several years now.”

Muhammad partly said, “The House is mindful, therefore, that this emergency has become a national emergency, that touches every Nigerian and that the overriding need to protect this heritage cannot be overstated. If this trend of attacking university campuses is not halted, only chaos and anarchy will reign in our ivory towers where serenity is an inevitable precondition to academic prosperity.

According to him, activities of t bandits, who have now embarked on a spate of kidnappings and abductions of ABU workers and students has reached a dangerous level.

The lawmaker recalled how on November 17, 2020, nine students of the university were kidnapped along Kaduna-Abuja road while the bandits demanded a ransom of N270m for their release.

He also recalled how on November 23, 2020 at about 12.50am, bandits invaded the house of another ABU staff member, Professor Bakari Girei, and abducted him, his wife and daughter. He said it was after an exchange of fire with the Police Intelligence Response Team that the bandits released the wife and daughter, while they escaped with the Professor.

Muhammad said, “The House is aware and anxious that Professor Girei remains in captivity with the bandits as of this moment while the invasions are continuing unabated.”

Related Topics:Arewa Consultative Forum
Up Next

Trump pardons ex-NSA Flynn who lied to FBI over Russia