Why Nigeria needs a leader like Obasanjo - John Oyegun
Advertisement 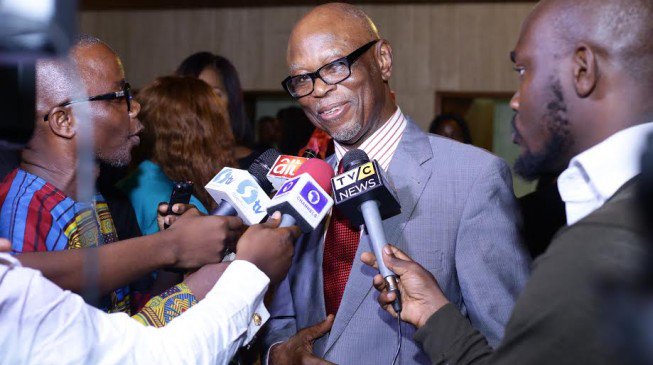 Immediate past national chairman of the All Progressives Congress (APC), John Oyegun has described former President Olusegun Obasanjo as the kind of leader Nigeria needs, saying his words are “infinitely weighty and cannot be ignored”.

In a recent chat with New Telegraph, Oyegun said Obasanjo’s comment on “Islamisation and Fulanisation” might have been dramatised.

While delivering a lecture on May 18 in Delta state, Obasanjo had said the Boko Haram crisis had become an agenda for “West African Fulanization, African Islamisation”.

The comment sparked reactions among Nigerians with many describing the statement as inciting.

But Oyegun said Obasanjo “is addressing an issue that is with us”.

He said while he may not tag the crisis as “Islamisation”, “there is no question at all that it calls for worry because these people exist virtually in every state of the federation and, very soon, it would lead to unpleasantness in all over the country”.

“Well, I respect him. Every nation needs a man like that just like the people’s SAN, Chief Gani Fawhemi and a lot of activists. What is happening is that because of his status, his experience, his background, what he says becomes infinitely weighty and cannot be ignored,” Oyegun said.

“I just told you that this issue of so-called Fulani herdsmen and the copy cats that have followed it has to be addressed. So, the issue has to be addressed. I wouldn’t give it the kind of Islamization tag that is given to it, but there is no question at all that it calls for worry because these people exist virtually in every state of the federation and, very soon, it would lead to unpleasantness in all over the country.

“So, the issue has to be addressed and, as I told you that as far as I am concerned, it would be one of the first priority of the next level administration.”

He also asked the ruling party to get rid of godfathers, saying godfatherism is one of the major challenges the APC is facing.

He called on the ruling party to embrace internal democracy.

“I think the basic problem we have all over is the godfather thing. Internal democracy simply means that if 10 people want to vie for an office, so be it. Let the electorate decide. But when party leaders are the ones deciding who is fit or who is not fit, that becomes a problem,” he said.

“That is the decision of the electorate. And when they start displacing persons with their friends and other undesirable inducements, that is totally unacceptable. The damage it does is that you are destroying the belief of the electorate in due process. So, it becomes more difficult to accept the result of an election.

“So, the damage is intense and I pray that our politicians will see the need for a proper internal democracy and allow due process and allow the people to thoroughly decide.”

Related Topics:John Oyegun
Up Next