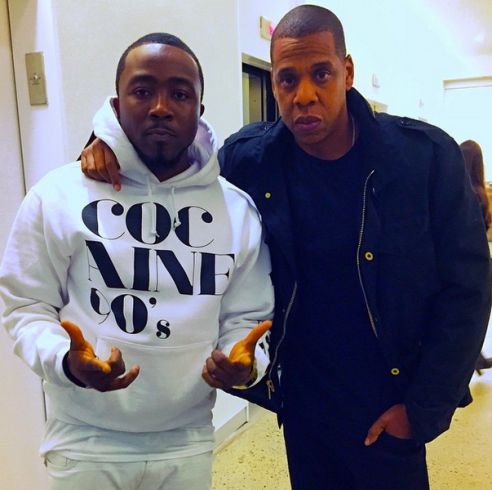 Nigerian rapper, Panshak Zamani, who goes by the stage name Ice Prince, has revealed that meeting American rap icon, Jay Z, was the greatest highlight of his career.

Speaking during an Instagram Live Video chat with American businessman, Brett Berish, Ice Prince said, “The biggest highlight of my career was when I met Jay Z, my idol. I actually met him in his office in New York.”

Ice Prince also stressed that it had not been easy surviving as the ban on public gatherings persisted. “I am grateful for the fact that I am not the one asking people for help. People are the ones asking me for help. However, it hasn’t been easy surviving. Now, we can’t even have a lot of people in a place. It’s almost like I can’t make money.

“But, I want to complain less and talk more about other people. Weeks back, I visited some neighbourhoods in Lagos and shared some essential items such as foodstuff. I saw what people were going through and it was really heart-breaking. Times are tough for many people. I would advise artistes that this is the time to put out content. Your biggest income right now will come from streaming and downloads.”

The former Chocolate City artiste also noted, “One of the biggest awards I have is the BET Award for the Best African Act in 2013. I was the first African act to be recorded on stage receiving that award. But, I have never felt like I’ve made it. I still want to live in a bigger house, buy more cars, raise an amazing family and pay school fees for my kids. I don’t think success has a limit.”