Why love between Wizkid and I is so strong - Davido
Advertisement 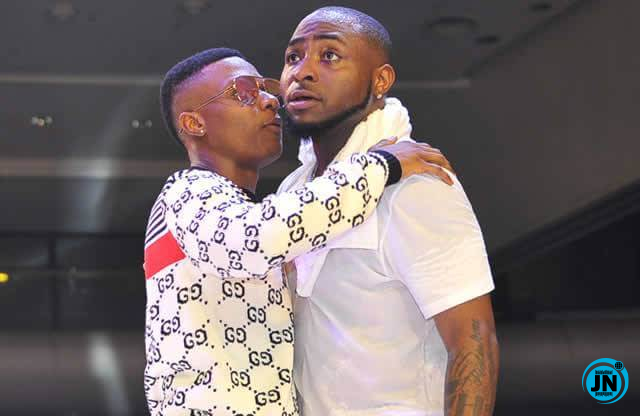 
Nigerian music superstar, David Adeleke aka Davido has given honest revelations about his rivalry with Popstar, Ayo Balogun is also known as Wizkid.

In part II of a tell-it-all interview powered by BounceRadioLive.com hosted by media personality, Ebuka Obi-Uchendu, the singer opened up on his near-decade-long career, the rivalry between him, Wizkid and Burna Boy as well as how fans played a role in the development.

According to Davido, Wizkid was among those who motivated him to do music and had a conviction that he could also make it in the industry.

Davido said his first encounter with Wizkid was when the singer got invited to his billionaire father’s yearly Christmas party.

According to the FEM crooner, he joined his family members in gushing over the singer who was the rave of the moment at the time. But the problem began when people started pitching them against each other.

“Do you know where I met Wiz, we used to do Christmas party every year in my Dad’s house, and they invited Wizkid and he came. I met him that time but we never linked then I met him again when I came back.

Speaking about how things started falling apart, Davido said it was never being on his part but from the fans and people around them.

Davido, however, submitted that he loves Wizkid, and he knows the singer feels the same way about him, adding that listening to fans also has a way of straining the relationship between both of them.

“That’s my brother, I love Wizkid and I know he loves me too,” he said.

Speaking on his relationship with Burna Boy, Davido described Burna as his brother adding that he is one of the happiest people on earth about his success.

However, the singer said it appeared things got rough between them some months ago.

According to Davido, his latest single Fem is not entirely about Burna Boy but he meant the part where he asked the Grammy-nominated artist to call him and come party.

“Me and Burna are brothers, two of us cannot sit in a room without and fight, we don pass that p. I was the happiest for Burna’s success. Do you know how many times have said it that if Burna get the chance, nah him go be number one.

“Burna is my brother, I met Burna since 2010 bro. Even after he blew up we were still cool. It was just over a while, we started hearing these. I have never in my life said I want to do anything bad to him.

“I am happy fro him, forget, it doesn’t take anything from me,” he added.

The music star also told Ebuka that is clear that both Wizkd and Burna Boy are the ones fighting with him even if he has nothing against them.

Why ladies’ attempts to charm me never works –Pretty Mike