Singer, Barry Jhay in tears as he claimed he has't gotten over the death of his late boss, Kashy Godson

Popular comedian, Pankeeroy and 34 others have been arrested by EFCC for alleged Internet Fraud

What we need in marriage is beyond sex - Nollywood Actress, Lizzy Anjorin 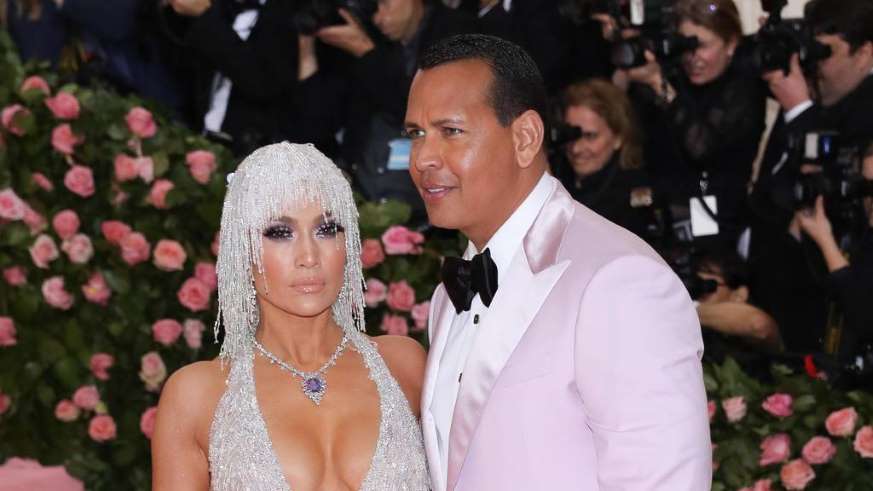 American star singer, Jennifer Lopez is in “no rush” when it comes to planning her wedding, as she wants to “do it right”.

The singer and actress has been busy working on her new film Hustlers, and is now in rehearsals for her upcoming It’s My Party Tour, which coincides with the star’s 50th birthday.

In a chat with Entertainment Tonight behind-the-scenes at her tour rehearsals, Lopez confessed that although she’s started to plan her upcoming nuptials with sportsman Alex Rodriguez, it’s not her number one priority.

“It’s going good,” she responded when asked about her wedding plans. “I think we have a pretty busy year ahead of us, so you know, we are (taking it slow). There’s no rush. We really see this as something that’s gonna be forever, and we’re gonna just take our time and do it right.”

The Jenny From the Block hitmaker revealed she’s been “looking at everything”, from dresses to wedding venues, since Rodriguez popped the question in March

With the tour set to kick off on 7 June in Los Angeles, the star has been rehearsing “nine, 10, 11 hours” a day and, as she will celebrate her birthday while on the road, she’s hoping her fiance and 11-year-old twins Emme and Max will join her for select dates to make the tour a celebration of her life and career.

“There might be a cake. There might be several cakes,” she joked about what fans can expect from the concert. “It’s going to be a concert tour, but my aim is to make it feel like an intimate party as well.

“We’re all celebrating together. We’re dancing, we’re singing, we’re having a good time.”

The North American leg of the It’s My Party Tour runs from 7 June to 27 July, after which Lopez will perform several international concerts.

Related Topics:Jennifer Lopez
Up Next

Actor Baba Suwe returns to Nigeria after treatment in US