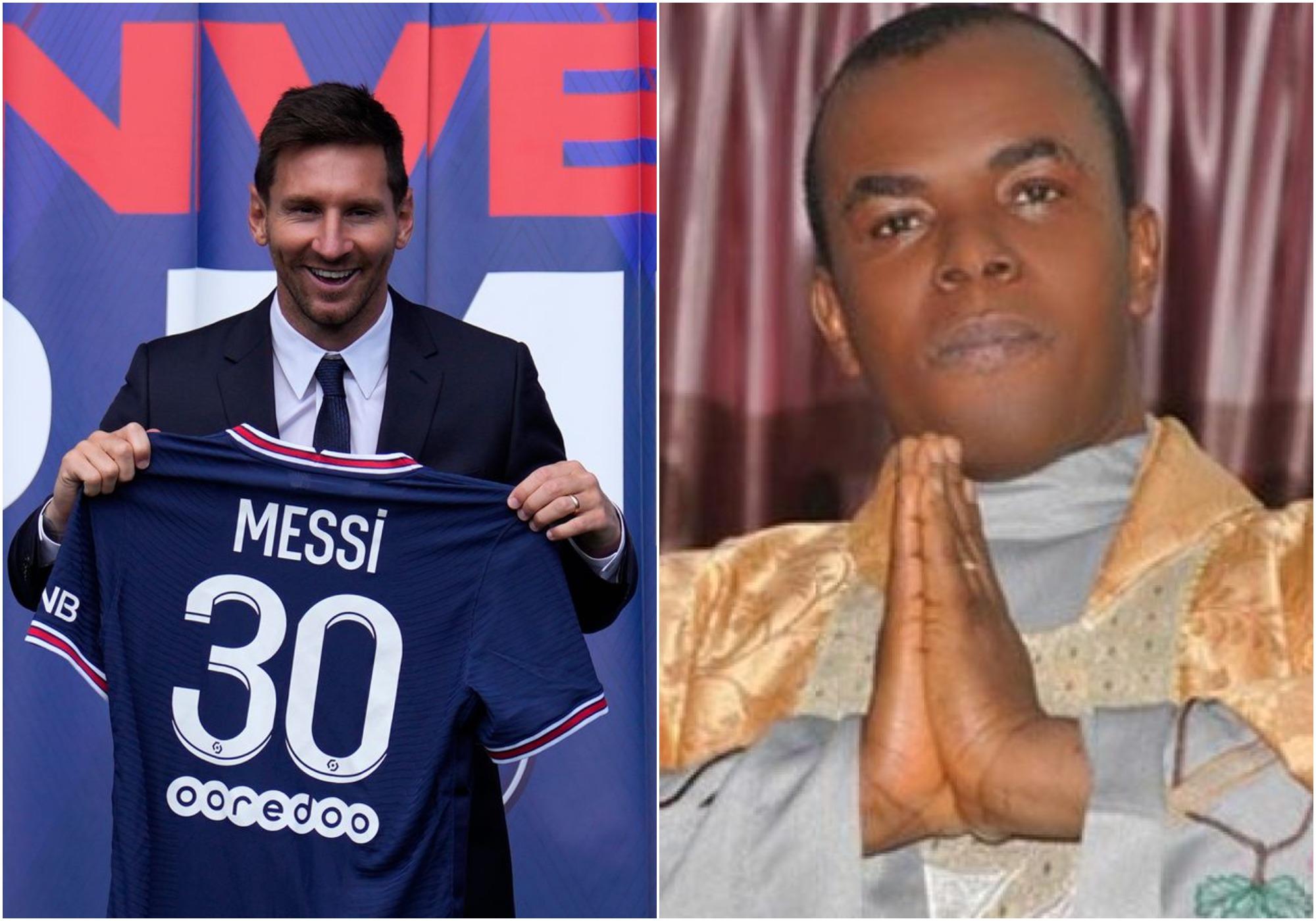 Father Mbaka, addressing his congregation on Saturday, said that goodness will follow Messi to PSG because he is a gift to football and this generation.

He lamented that Barcelona failed to retain the Argentine after he suffered with them.

According to Mbaka: “Just like Messi, now that he had suffered for Barcelona, they have said that sustaining his contract is difficult, that they can’t maintain him.

“Messi is a gift to the football universe in our generation. Everywhere he goes, the same goodness will follow him. Wherever he goes, we will go.

“Whichever clubs he joins, we will support.”

Messi had signed a two-year deal with PSG during the week, after undergoing his medicals in France.

The Argentine superstar had spent 21 years in Barcelona during which he lifted a lot of trophies.

Related Topics:Messi Mbaka
Up Next