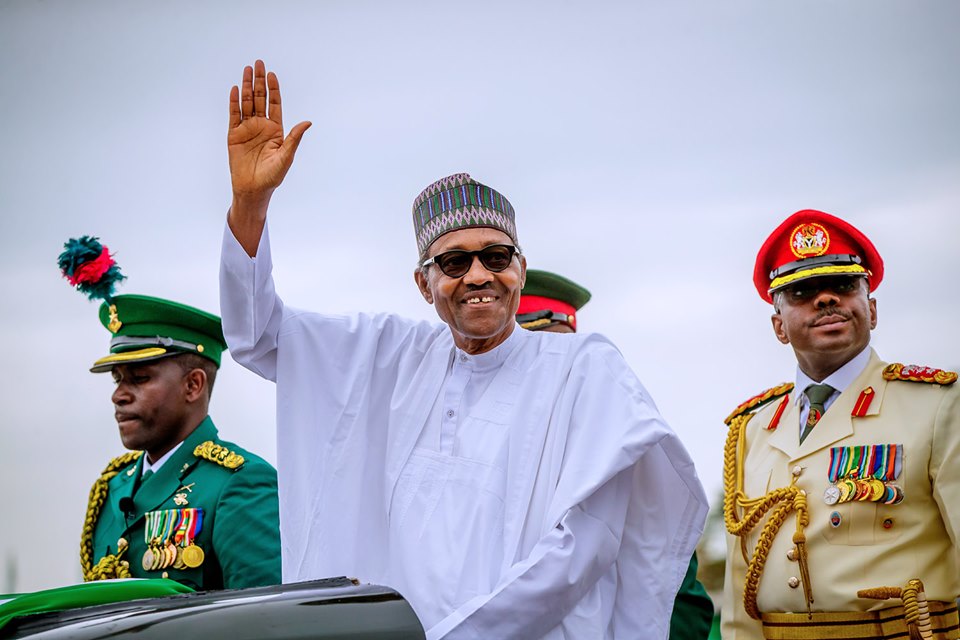 On Friday, Nigeria’s President Muhammadu Buhari reveals that he will not seek a third term in office at the end of his second term in 2023.

According to the Nigerian Constitution, a two-term limit for the president and state governors, but that has not stopped speculations that Mr Buhari may want to stay beyond 2023. Former president, Olusegun Obasanjo, was accused of pursuing a third term agenda in 2006 until the Senate threw out a constitutional amendment bill promoted by his associates.

Speaking on Friday a meeting of the National Executive Committee (NEC) of the ruling All Progressives Congress (APC) at the party’s national secretariat in Abuja, Mr Buhari said he has no intention to prolong his stay in office.

Prior to President Buhari’s address, TOPNAIJA.NG witnessed protocol officials barring the sacked Edo State chapter chairman, Anslem Ojezua, from entering the venue. However, Governor Godwin Obaseki of Edo State was at the meeting and sat among the party’s state governors.

Commenting on the lingering crisis within the party, President Buhari said history will not forgive the party leadership if the APC collapses. He tasked members of the NEC to dominate their constituency politically.

“History will not be fair on us, quite frankly, if APC collapses at the end of this term. History will be fair to us if APC remains strong at the centre rather than playing games. Everyone must work hard, contribute resources physically, materially, and more to ensure we maintain the leadership politically of this system. This is what we should all aim at and make sure at our various constituencies.

This is coming at a time when the Peoples Democratic Party, PDP, National Legal Adviser, Emmanuel Enoidem, had accused Buhari of plotting a third term and Islamization agenda by using the instrument of the hate speech bill.

Enoidem had said Buhari will use the bill against those who will criticize his third term and alleged Islamization of Nigeria’s agenda. Similarly, the Arewa Youths Consultative Forum, AYCF, had warned Buhari against any attempt to push for a third term in office. In a recent interview, AYCF President General, Yerima Shettima warned that they would mobilise and ensure that such move does not “see the light of the day.”