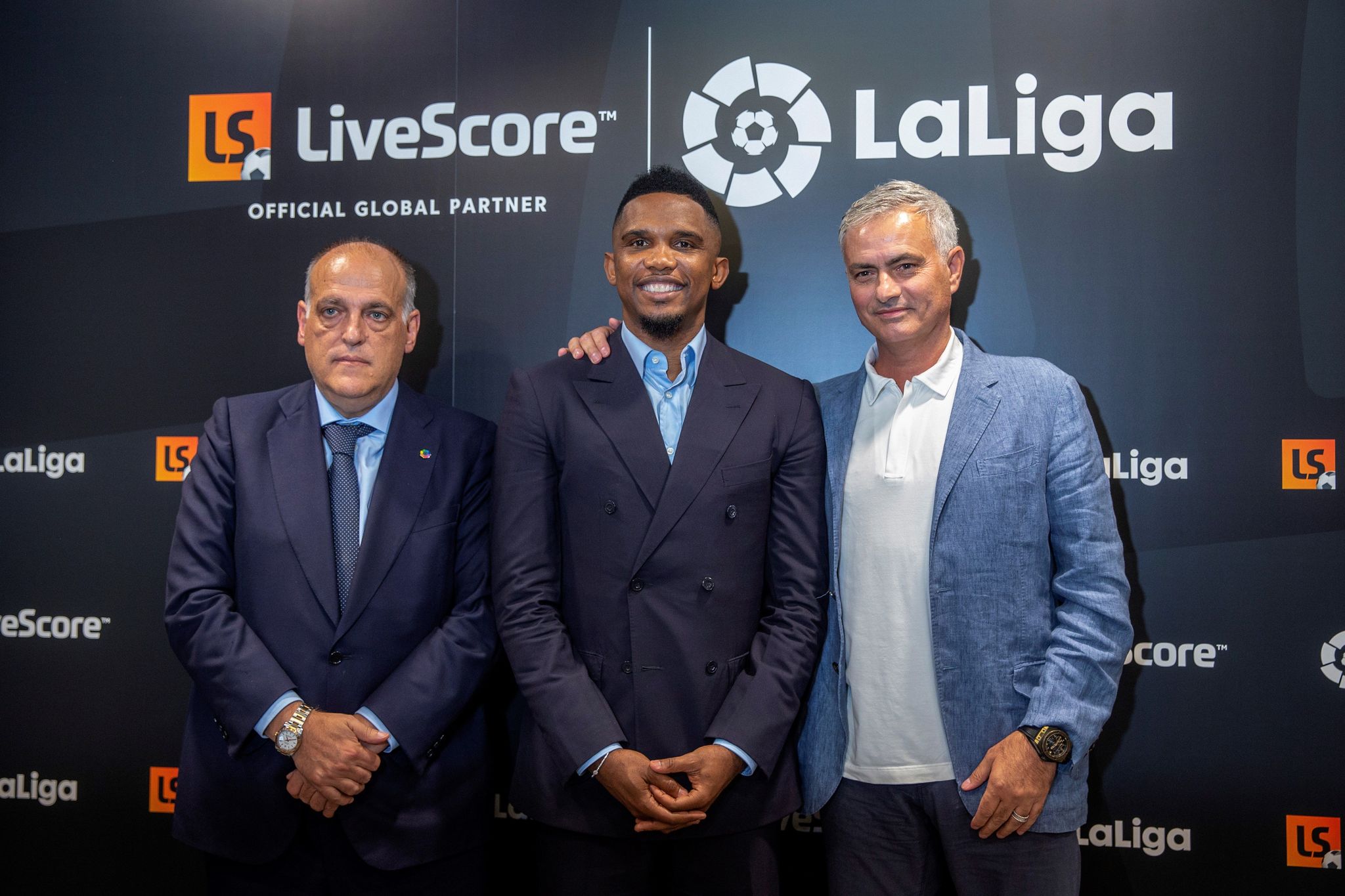 
A former Cameroon and Inter Milan striker, Samuel Eto’o, has admitted he was hurt by Jose Mourinho’s decision to join AS Roma.

Recall that Jose Mourinho was fired by Tottenham Hotspur on April 19.

The 58-year-old will however not be out of job for a long time, as he has agreed to take over the Italian club.

However, his move to Inter’s rivals, has hurt Eto’o, with both men working together at the San Siro in the past.

“It hurt me, I am not going to lie, to see the one who gave me the chance to win titles in Italy to go to another [Italian] club,” Eto’o told AS .

“But I know that he is happy and our friendship is above everything. I would have liked to see Mourinho at Inter again. But I will always wish him luck at Roma. But he has to understand that no matter how much I love him, for me Inter will always come before.”

Sometime in 2019, Samuel Eto’o regarded Jose Mourinho among the nicest men in football.

Two former enemies during their respective Barcelona and Real Madrid days ended up becoming the closest of acquaintances during their time together at Inter.

The Cameroonian explained his admiration of the Portuguese coach.

“I am tired of having to justify that this man [Mourinho] is one of the best people who exist in the world of football,” Eto’o said during the presentation of LiveScore‘s partnership with LaLiga.

On 31 January 2018, after leaving Antalyaspor by mutual consent, Eto’o joined league rivals Konyaspor on a two-and-a-half-year contract. He signed for Qatar SC in August 2018.[88] In February 2019 he said he wished to continue playing for a further year.

On 7 September 2019, Eto’o announced his retirement from football.

Related Topics:Samuel Eto’o
Up Next