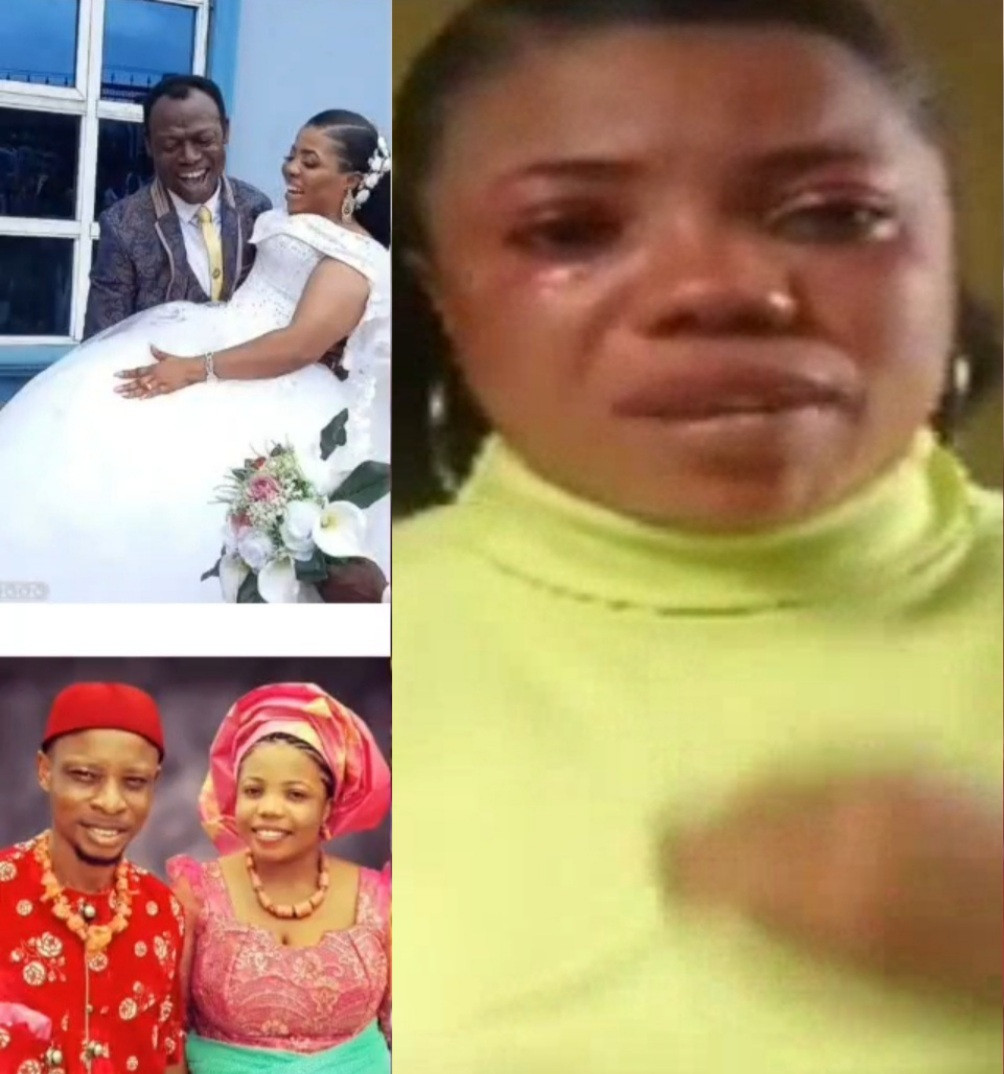 A Nigerian lady who jilted and abandoned her husband after 11 years of marriage has spoken out to clear the air.

Tina Adeeyo revealed that she began suffering abuse and threats to her life from the moment she married Bright Ben, but she endured because she wanted to give her marriage a fighting chance.

She explained that she ran back to her parent’s house in Port Harcourt multiple times, yet always went back to her husband.

Tina Adeeyo claimed Bright didn’t provide in the marriage. She said she always had to borrow to meet the family’s needs and to pay the kids’ school fees.

She said she is neck-deep in debt because of the money her first husband, Bright Ben, made her borrow. However, she said the borrowing wasn’t the issue but the abuse.

Tina Adeeyo further explained that her husband constantly threatened to kill her and silenced her family with money.

Tina Adeeyo said anyone her husband saw around her, he accused of having an affair with her, including young boys who called her “Mummy” in the new church he moved them to.

They were attending Redeemed Church before he changed their church to World Bank Assembly. She also said that he made her take an oath that she has never and will never be unfaithful to him and she obliged. She said she still has the recordings of the oath.

With time, she said her kids became scarred from watching her suffer abuse and her 4-year-old son would sometimes console her and promise to protect her.

On why she left the marriage, she explained that Bright was the one who pushed her to leave. In her words “He looked at me one morning and said there is no marriage between us that I’m just in his house wasting his time. He chased me out of our room, that I’m a smelling thing.”

She added that he would sometimes starve her while he takes their kids with him to go and eat outside. As he stopped her from working, she couldn’t feed herself and neighbours had to provide food for her.

She said he once threatened to pour acid into her cream without her knowledge. She added that on the night before she left him for good, he had locked her in the house and held onto the key. When she told him she was tired and couldn’t continue with the marriage, she said he told her she should leave that she’s just the caretaker of the children and nothing more to him.

She said her children later found the spare key, gave her and told her “mummy, escape.”

Tina Adeeyo left on November 28, 2020. She said that she moved back to her mother’s house after that and then came to Lagos where she started her life from scratch, working and squatting with people.

She added that at this point, Pastor Moses was not in the picture and had no hand in her leaving her husband as Bright claimed.

She said that in April 2021, her kinsmen called a meeting where she spoke her mind and they were shocked at all she had been enduring. She said they then decided to return the bride price but when they checked the ledger, they realized he didn’t pay any bride price.

She recounted how he had been told years ago, when they were getting married, that he had only bought the items on the list and had not paid bride price, but he ignored.

She said that she never lived with Pastor Moses and Bright can attest to it. She added that Bright is smearing Pastor Moses’ name because he vowed to her that he will ensure no man marries her and any man that tries to marry her, he would destroy the man.

Tina begged people to leave Pastor Moses alone and face her. She added that she left the marriage for her sanity, yet she is being demonised for it.

To the women sympathizing with him, she said: “As many young ladies who are desiring husband, Bright is free. I challenge you to go and marry Bright. If you’re able to live with him for 3 months, then you come back to me and shake my hand.”

She concluded the video, saying: “God gave me life and rescued me from the hand of a lion that want to devour me for 11 years. I ran but you guys feel I should remain there and die. If I had died, the same world will say why didn’t she run for her life?”

Before Tina spoke, her younger sister, Elizabeth Okonkwo, had revealed that her sister suffered immense abuse from her first husband, Bright Ben.

Elizabeth Okonkwo commented on the Facebook post where Bright Ben accused his pastor of marrying his wife: “Congratulations to you big sis, the struggles and pain is over. Thank you Jesus. Better delete this post oh else the world will hear all the evil you have done to our sister nonsense.”

Also, Tina’s mother released a video where she narrated all her daughter allegedly suffered in the hands of Bright Ben.

Watch Tina speak in the video below: