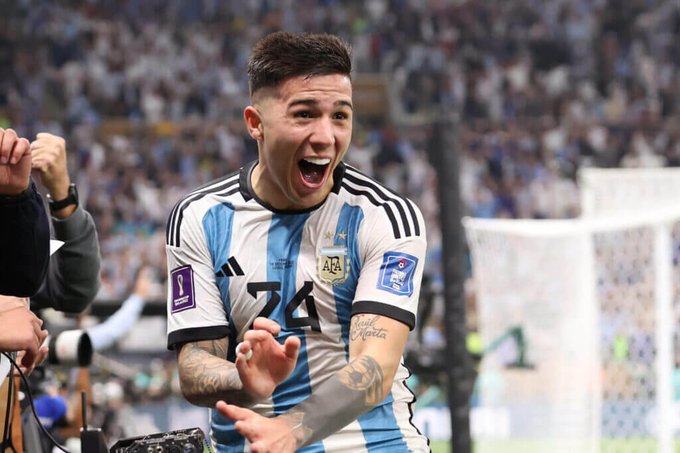 Is it the hunt for Jude Bellingham, or the Chelsea owner, Todd Boehly having the perfect idea of a midfield partnership for Enzo Fernandez?

Whatever the deal is for the new Chelsea owner, the recent report shows Todd Boehly is a man of vision and ambition moving forward with the Chelsea project.

Ever since the beginning of the season, and after world cup performances with England and Argentina, the names Jude Bellingham and Enzo Fernandez have been mentioned on virtually every sports platform in respect to transfer rumors and updates.

And when a new owner of a football club, specifically one who is widely regarded in Europe comes into the mix, a lot can come into the papers.

Jude Bellingham of Borussia Dortmund is apparently Todd Boehly’s top target for this year’s summer transfer window. Boehly is a co-owner of Chelsea.

The Evening Standard claims that Bellingham is Chelsea’s next major target under Boehly’s direction.

Chelsea is trying to bolster their midfield with the addition of both the England World Cup star and Enzo Fernandez, for whom they are in discussions with Benfica.

Following overnight negotiations with Benfica, the Blues are already getting closer to reaching a complete agreement on the £112 million purchase of Fernandez.

On the other side, Bellingham is being monitored by a number of other teams, including Chelsea, Real Madrid, Liverpool, and Manchester City.

Bellingham has been in excellent form since joining Dortmund from Birmingham City, and all of the aforementioned clubs are willing to spend a high transfer fee to sign him.

Wizkid’s Son, Zion, Melts Heart As He Gifts Out His Toys In Ghana