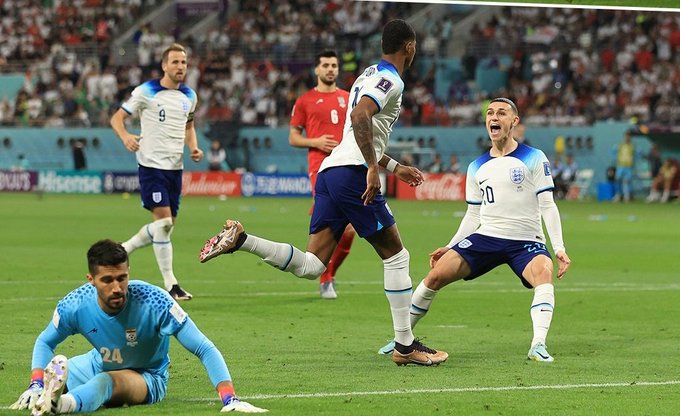 Manchester United star, Marcus Rashford had the fairytale start to the world cup for England upon his introduction versus Iran with his very first few touches in seconds leading to a goal against the Middle Eastern nation.

It certainly was something that attracted praise from those of the Manchester United and England links regarding his performance in the world cup opener for the British country.

Alan Shearer, the all-time leading scorer in the Premier League, and former Manchester United midfielder David Beckham were one of the many who praised Marcus Rashford after the 25-year-old scored on his England comeback in the World Cup victory over Iran on Monday.

Rashford scored England’s fifth goal in their 6-2 demolition of Iran in their opening match of the 2022 tournament after coming off the bench.

Since Italy defeated England in the Euro 2020 final, it was his first game for the Three Lions.

“Words can’t express my happiness in scoring at the World Cup,” Rashford wrote on Instagram after the game.

Bruno Fernandes, a Portugal international and teammate at Manchester United, praised him as well, stating, “What a player.”

Alan Shearer said on BBC, “There was a lot of debate about whether he should have been in the squad – what an answer.

“It [the goal] looks effortless. He makes it look so easy, [but] of course it’s not.”

The 6-2 victory over Iran places England in a favorable position in their group, something well-buttered after USA and Wales played out a 1-1 draw to gift England a 2 point lead at the group table.

Arsene Wenger Weighs In On The World Cup