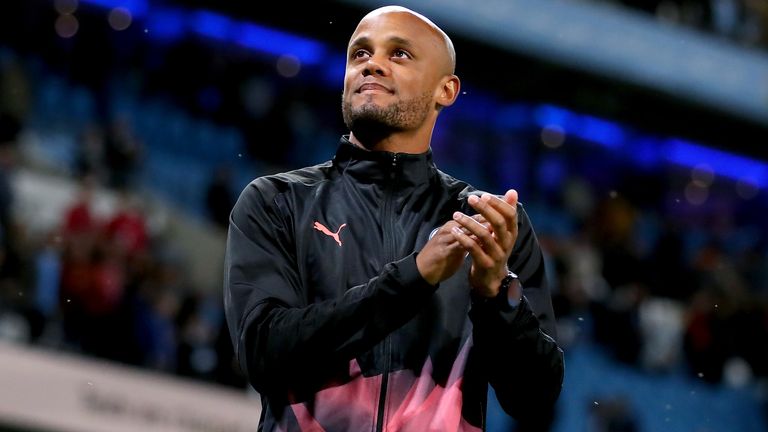 Cristiano Ronaldo for one was very much prepared for the outcome of the interview just as he stated to Piers Morgan, the media would come raging for the ‘black sheep’ once the interview went viral, for Vincent Kompany, he gets in on the bandwagon to state his own opinion.

Following the star’s exit from Old Trafford after its confirmation on Tuesday, Vincent Kompany chimed in his opinion regarding a potential move for the player by Burnley, which of course was very much a joke than a scoop.

The former Manchester City defender had quite the response to the question though as he stated that his Burnley team will only have “guys who can run.”

This obviously was in response to Cristiano Ronaldo becoming a free agent on Tuesday amidst speculation on the player’s future.

Ronaldo’s contract with Manchester United has been terminated as a result of his interview with Piers Morgan last week.

Everyone else lost, according to Kompany, who is now the head coach of Burnley, an English Championship team, but for the former Manchester City star, Erik ten Hag, the manager of the Red Devils side is the big winner in the fiasco.

“I think in the end everyone loses except for perhaps the Manchester United manager. I think it’s a problem that’s resolved and they will move on from this I’m sure.”

With speculations now rife over Ronaldo’s destination, Kompany has made it clear they won’t make a move for the 37-year-old.

“We need players who can run,” he simply replied when asked.