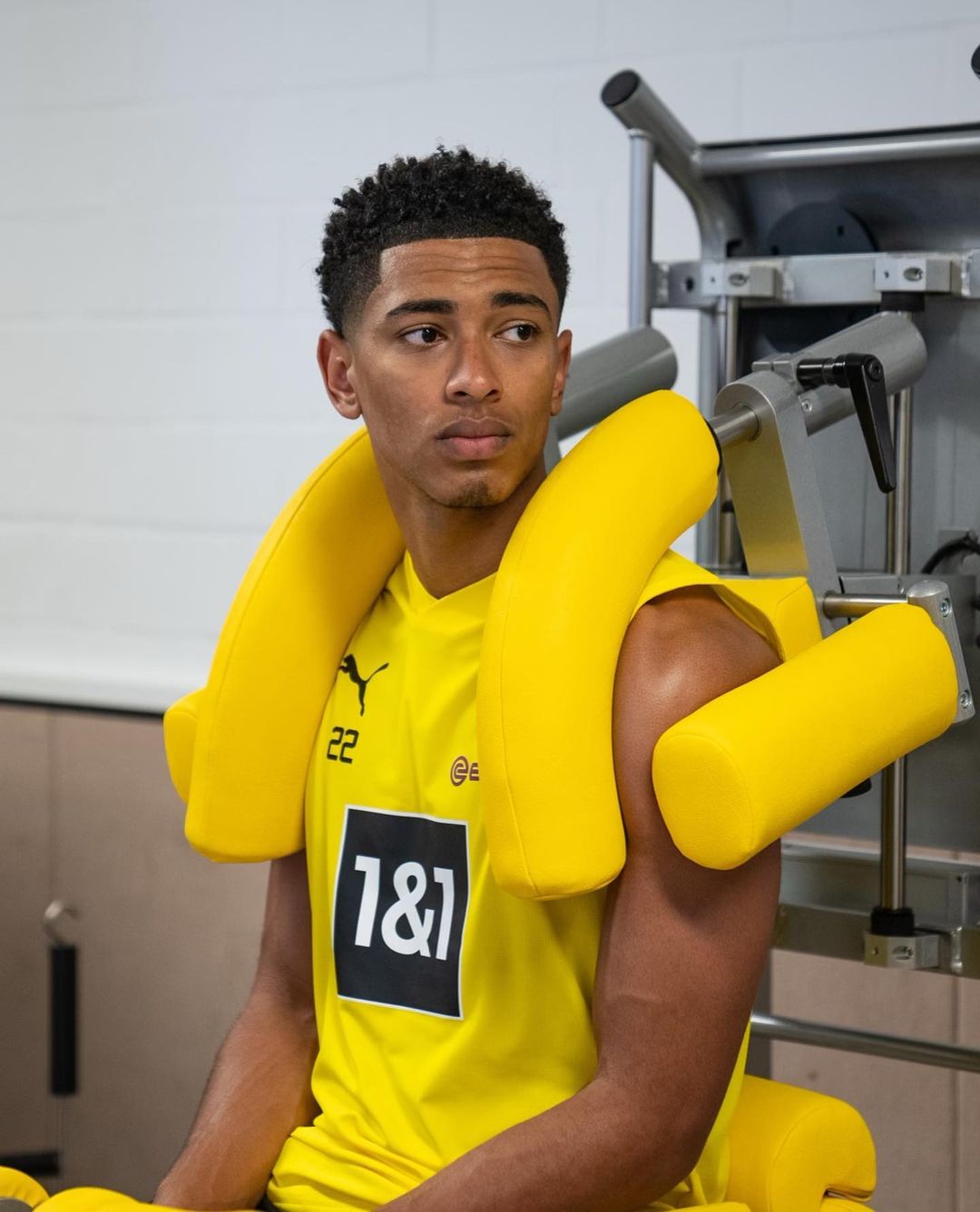 Liverpool can’t afford Jude Bellingham, Jurgen Klopp confirms as he is quizzed in an interview over the Reds making a move for the Borussia Dortmund star.

The Reds fan base though satisfied with the transfer activity of the club, are thirsty for the arrival of a new midfielder.

And now, its Manager has come out to the open to squash such hopes as he reveals nothing of such is happening this summer whether anyone likes it or not.

For Klopp, he is just as satisfied with the Midfield options as it is now, and in his defense, the manager alludes to even using a different formation next season that may end up not needing the Midfield that much.

“I don’t think something will happen in midfield, but you never know. If somebody comes to you and says ‘I want to go’, then…” he declares.

“I know all these things, that we ‘don’t score enough goals from midfield’, this and that, but what do we want? This ‘Golden Cow’ that is producing absolutely everything, milk as well!

“Where is the need for a midfielder? I wait for the day when somebody comes to me and tells me why, exactly.”

“So, Fabinho, Henderson, Thiago, Milner, Keita, Curtis Jones, Harvey Elliott, Fabio Carvalho, Oxlade-Chamberlain. Now you tell me what kind of player are we missing? One who is offensive, 1.95m and arrives into the box to head balls in? OK, apart from that!

“We have three players in the squad who can easily play as a No.6 – Fabinho, of course, but Hendo and Milly played it fine.

“Creativity? If we bring in a player just for that, we immediately make it more difficult for Harvey, Curtis and Fabio.

“They can all play different positions as well of course, Curtis can play a line higher and Harvey and Fabio can play there too. Fine. We can play a different system as well, where we might only need two midfielders, but then all these guys can play as a No.10 in the new system.

“So where is the need for a midfielder? I wait for the day when somebody comes to me and tells me why, exactly.” the Reds boss asked.

Speaking on the speculated interests on Bellingham, the German said:

“He’s not on the market, so that’s the first problem with that player.

“Well, that’s the only problem with that player.”

So there it is, Liverpool fans, Klopp has no interests in a midfielder this summer unless a midfielder leaves the club this window.