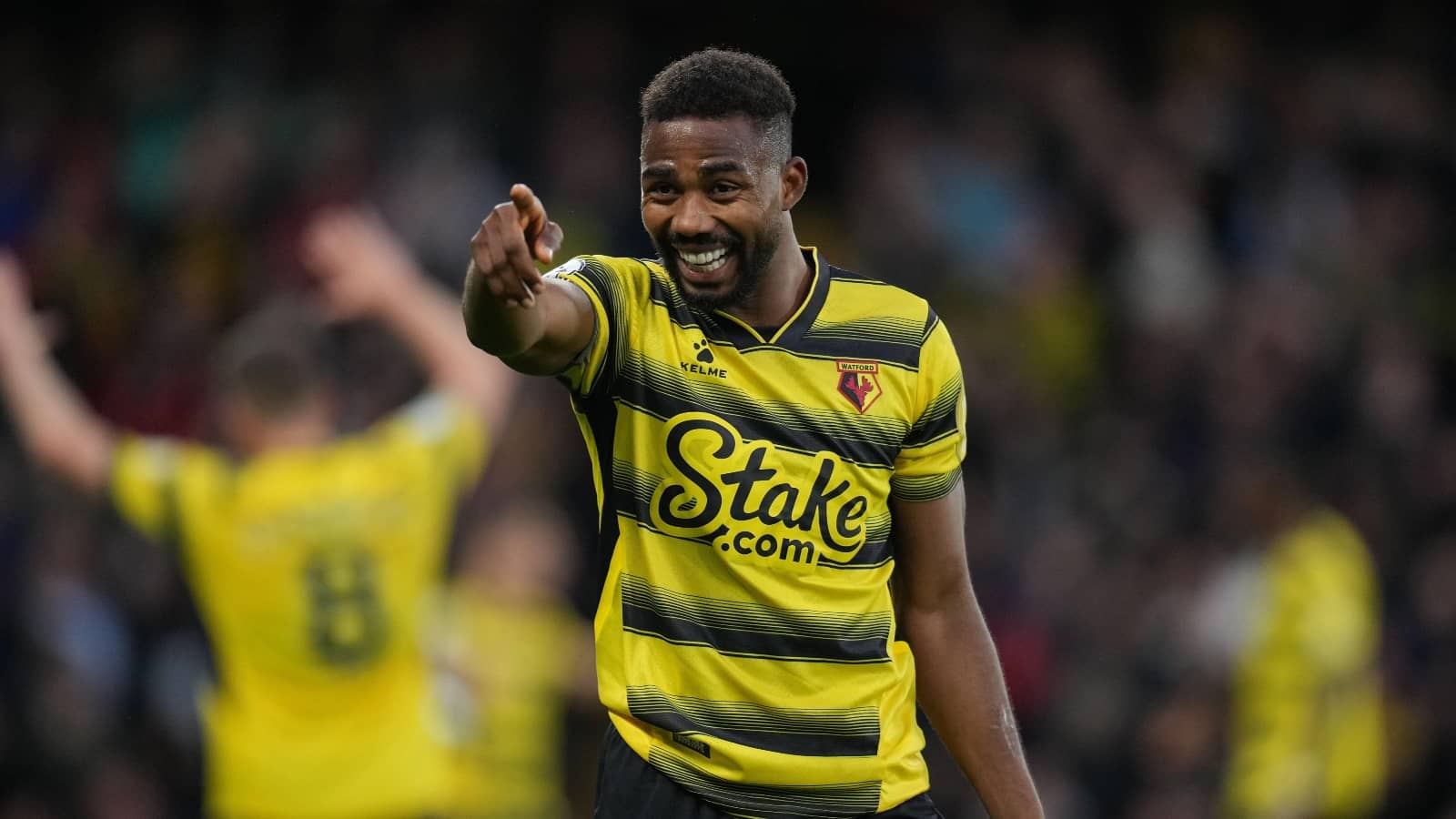 It was quite the frustrating one for English club, Watford as they were relegated to the championship the recently concluded season.

For Nigerian supporters, it was quite a sad one in that the club boasts in his ranks a number of Nigerian stars during the 2021/22 season that many wanted to see succeed.

A very interesting prospect in that season was key forward, Emmanuel Dennis, who was able to bag in the goals that unfortunately weren’t enough to save them from relegation.

Now, it’s being reported that the Championship club would be ready to profit off of the Super Eagles attacker in the summer window.

The club has placed a price tag on the Nigerian that could rise to about 20 Million Pounds a year after buying him for 3 million pounds.

The Nigerian star isn’t lacking of interesting as it is reported two yet to be named Premier League clubs are in for the Watford man’s services ahead of the 2022/23 season.

The report comes courtesy of Sky Sports, who believe Watford are relaxed on the idea of letting the Super Eagles star go as he still has 4 years left on his contract.

Dennis joined the club from Belgian side, Club Brugge last summer for around £3 Million and saw quite a productive season on personal level as he scored 10 Premier League goals in the course of the season.

Everton, are the consistent name reported to be after the Nigerian as they wait out for Richarlison’s exit to Tottenham Hotspur before making a formal bid.

As the Hornets value the striker at more than £20 Million, it remains to be seen if Everton ultimately makes the move to sign him as a Richarlison replacement.

A move to Everton will see Emmanuel Dennis united with Super Eagles teammate, Alex Iwobi who became quite a key man in the Merseyside club’s fight against relegation last season.

Not everyone is Happy at Real Madrid