COVID-19: 'Persuade' workers to get vaccinated- NLC to FG

#EndSARS- There is no case as Uber driver did not assault, Lagos CP 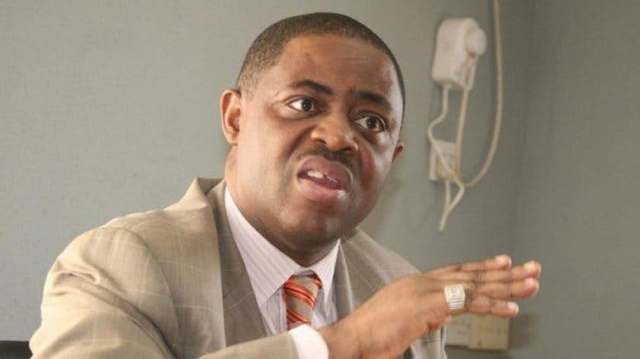 A former Minister of Aviation in Nigeria, Femi Fani-Kayode has raised an alarm of Nigeria plunging into another “war.”

In his speech at Nigeria’s 2023 Presidential Transition Inter-Ethnic Peace Dialogue that was held recently at the Transcorp Hilton, Abuja, the former minister stated that many ethnic groups are “tuning out”. He further explained that this means that ethnic groups in the country are now arming themselves ahead of another war.

FFK who insisted that majority of Nigerians especially youths are no longer interested in restructuring but now talking about secession, stressed that there is need to acknowledge this, talk about it and also ensure that these groups don’t go into the mode of enforcing separation through use of arms.

He also said that the policies of the present administration in the last five years, has resulted in carnage, killings, ethnic cleansing and has also pushed Nigerians to the edge.

According to him, there are millions of Nigerians in both the Northern and Southern regions who feel they are being treated as second-class citizens.

Outlining the need for the Nigerian government to apologize to the South-East people “over the killing of over 3 million people during the civil war,” FFk added that there is need for Nigerians to set their differences aside and resolve their challenges amicably and in peace.

He concluded by saying that when this is achieved and when Nigerians realize the need to stand together to fight back at foreign terrorist groups, then there will be hope for the country.

Related Topics:Fani Kayode
Up Next