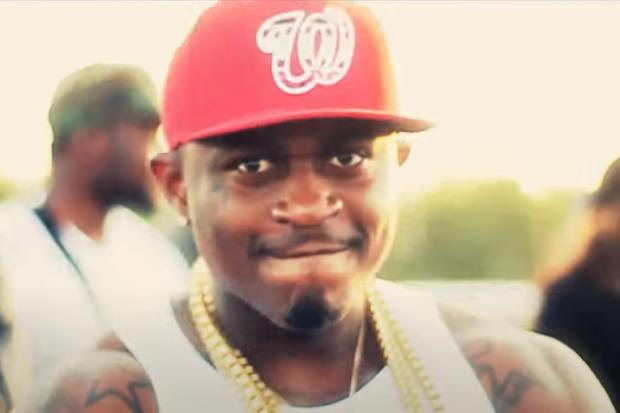 Olawale Hassan, UK-based Nigerian rapper also known as Goldie 1, has been sentenced to 10 years in prison for raping a young woman.

According to BBC, the 33-year-old singer, who lives at Falcon Avenue, Grays, Essex, attacked his subject in Southend back in 2017 after identifying himself as a music producer.

He had been charged with three counts of rape and one of assault by penetration. He had also denied the charges but was unanimously found guilty by a jury and was sentenced on Tuesday.

The rapper was said to have targeted the woman while she was out with a friend in February 2017.

It was gathered that the crime had occurred after the victim turned down Hassan’s requests for her number and to accompany him to his hotel room.

Hassan had thereafter promised to get her home safely after her friend left.

However, the accused had, instead, allegedly parked his car on the seafront and locked its doors when she tried to flee before the attack, after which she was said to have called the police.

Det Con Victoria De’ath, of the force, praised the woman, in her 20s, for her “courage” in reporting the attack.

“She blamed herself for getting in Hassan’s car, but has now recognised just how dangerous this man is and that none of this is her fault,” said Det Con De’ath.

“She didn’t want him to hurt anyone else and this has been her motivation for three and-a-half years.”

Det Con De’ath added she hoped Tuesday’s sentencing at Basildon Crown Court would bring “comfort to this courageous and inspirational woman, who is now rebuilding her life knowing Hassan is safely behind bars”.

Helen Walsh, from the Crown Prosecution Service, said Hassan was a “controlling sexual predator who showed a complete disregard for the victim’s lack of consent”.

Hassan was found guilty at Basildon Crown Court of three counts of rape and one of sexual assault, the Crown Prosecution Service (CPS) said.